Frost kept the mosquitoes away this morning. It did mean packing up a wet tent. Fortunately, it warmed up as the sun rose in the sky. Today was a mostly straight and flat road without much traffic.

At 14km we came to a split in the road. I took the bypass around Камышлов and hoped Mickey had done the same. This was a concrete road that was rough in a few spots. Our plan was to stop at a cafe around 30 to 35 kilometers but we kept going until the roads came together at 38km and then there wasn’t a cafe until Пышма at 65km. At 55km another cyclist came alongside and joined me. Юрий Чмелев was his name. Юрий had done many cycle tours on his own including a ride from Miami to New York and also cycling through Europe. He was out on a training ride and gave us company for about 40km of the ride today. We also tried to find a toe clip (Mickey’s had broken) but the sport school that we stopped at wasn’t open. Юрий was curious about us and our equipment and recorded some of his findings on a video camera.

With our first stop at 65km and a mostly flat road and a tailwind, we made good time. We cycled to 116km before turning off to find water in Комсомольский. This village initially looked a bit dead, but as we came past the first abandoned buildings we found some shops and nicer houses. We also went to two wells as the first one was still settling out with rather dirty water. This detour took a bit of time, but nice to set up after that after a long but good ride. 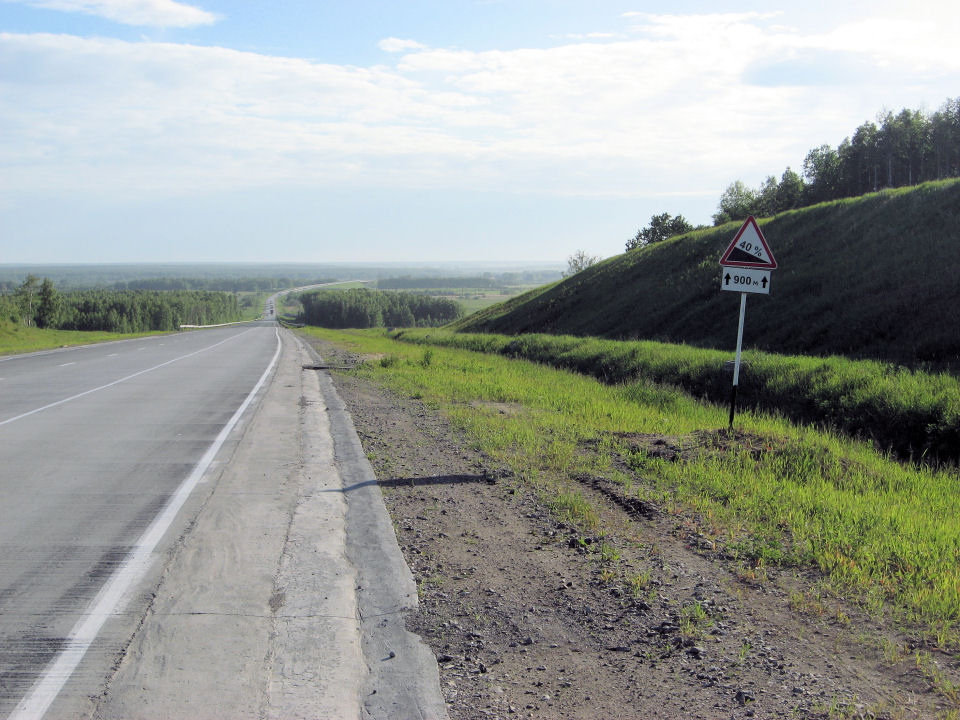 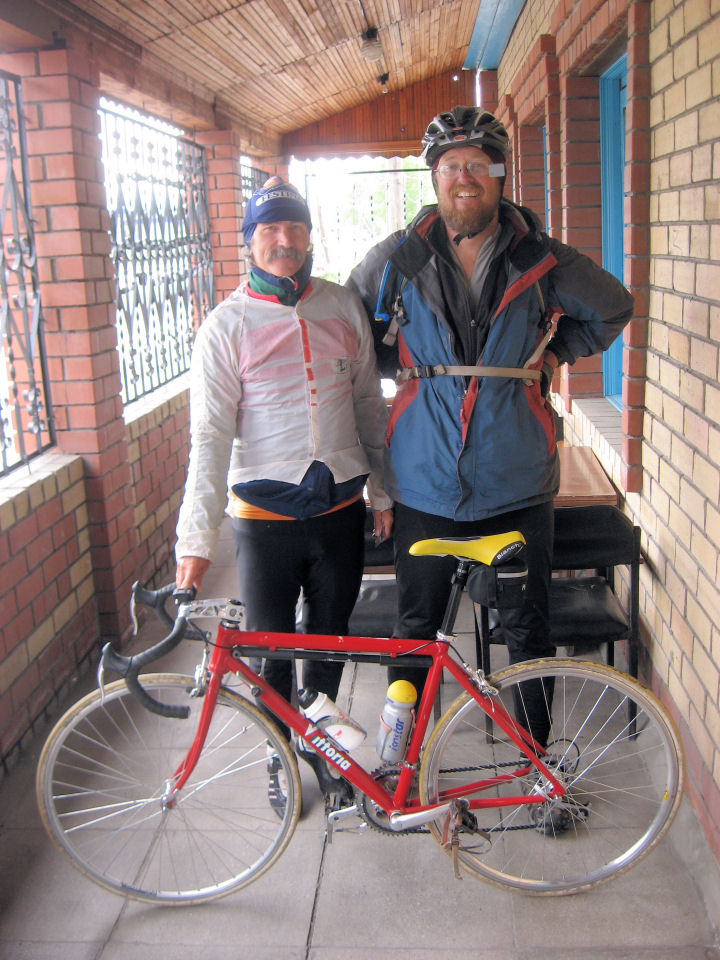