Today started dry and warm but ended up wet and dirty. It was warm enough that the mosquitoes got up when we did and hence we were off early and on the road. Today was mostly flat and straight road that became busier as we approached Ð¢ÑŽÐ¼ÐµÐ½ÑŒ. The first 37km were mostly through the woods and included some very smooth new roads. This changed into 11km of extremely bumpy roads including one spot where a truck was stuck. At 39km was a small cafe and place to stop for breakfast.

After the morning meal, it started to lightly rain. The drops kept coming down and by the time I reached the oblast boundary at 67km it was a steady rain. Mickey had found another cafe just past this. We had a lunch here in hopes the rain might subside. There was a friendly police officer here who asked some about the trip (in English). Unfortunately the rain kept up at the slow steady pace. We looked at the map and found a potential motel location right along the road in Ð¢ÑŽÐ¼ÐµÐ½ÑŒ. As we neared the city, the highway became a divided road. There was also more dirt and debris on the road and bikes and everything became quite dirty. As we cycled along the busy bypass we saw an bed symbol that stands for hotel. On investigation we found a roadside motel and cleaned the bikes and stopped for the day, dry and inside. Hopefully it will dry up some for tomorrow. 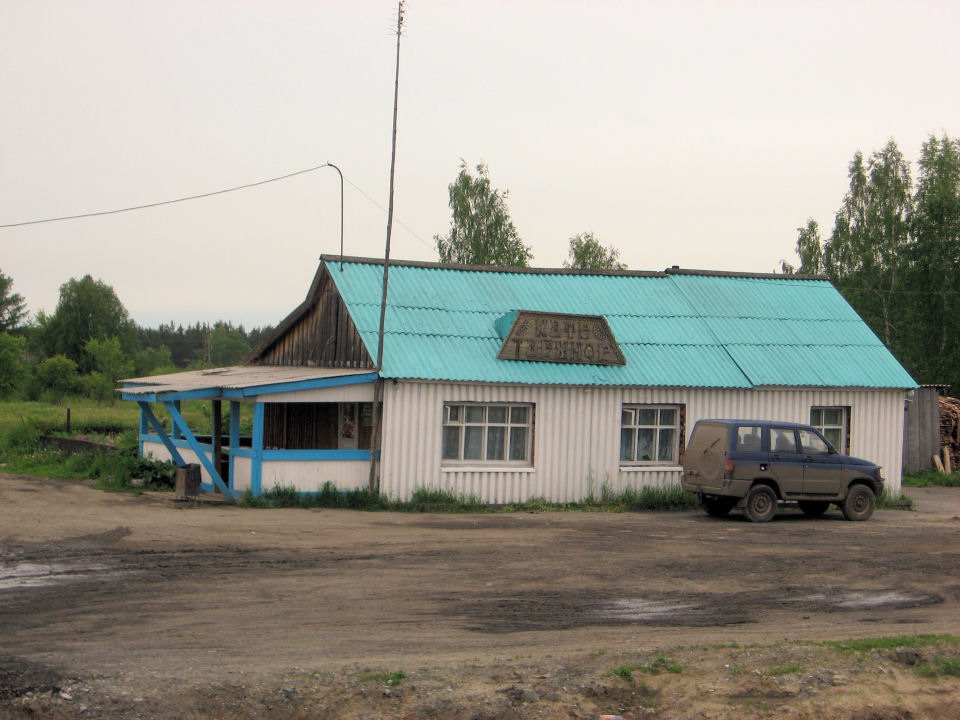 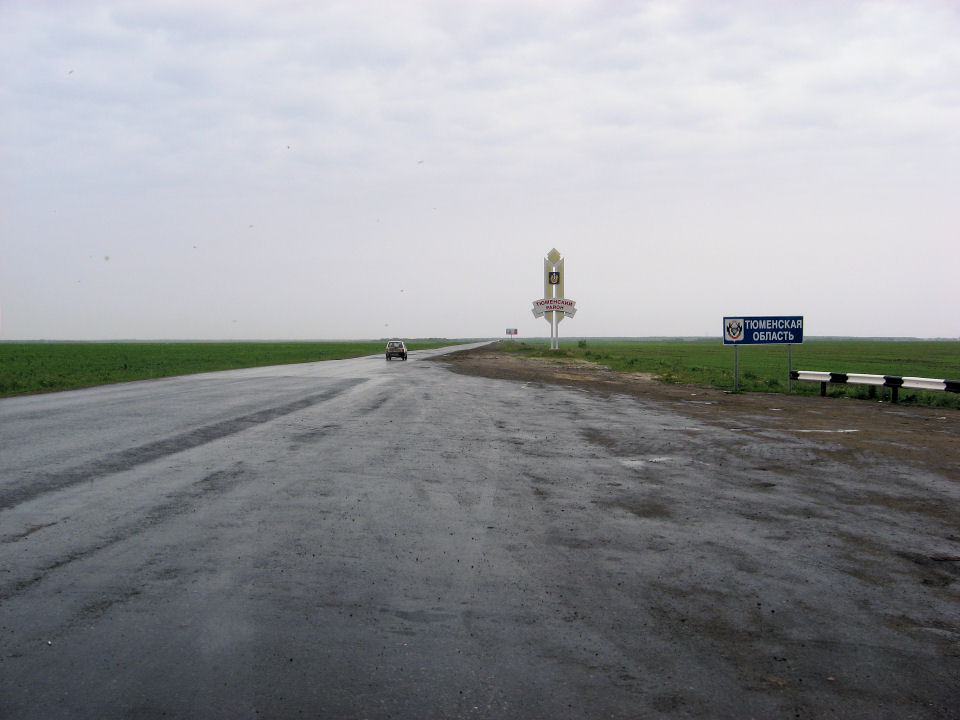