Today we were just close enough to consider riding all the way into the big city. If roads or weather had been worse, the alternate plan was to split things into two days. As it was, it took a bit of searching to find a hotel so it still made for a long day.

We followed a similar routine in getting up early and trying to get up earlier than the bugs. I definitely have a better appreciation of joys of going to the restroom without having hordes of mosquitoes attacking ones privates. The road continued to be narrow, occasionally poor condition and with a moderate amount of truck traffic. I expected the latter two to worsen as we got closer to the big city, but fortunately the road widened some and traffic didn’t compensate. There was more growing in the fields here. However, it looks like it wasn’t planted until recently. My guess is mostly hay or some forms of grasses. Our first stop was at a cafe in Малиновка at 30km.

From Малиновка a mostly flat ride through more open countryside. There were definitely some bumpy parts here but otherwise a slow steady ride to reach a lunch cafe at 77km. It was 10km past this point as we passed Красны Яр that the road widened and became a rough chip seal. It was slow riding on the rough road and it became steadily busier. There was an expensive motel around 105km with one of the less friendly waitresses we’ve met. From here the road briefly became a nice smooth four lane highway but then both smooth and stripes went away as we came through industrial parts of Омск. It was a bit of navigation but we found our way across the bridge and at 134km were in the town proper.

Now came our search for a hotel. The first Lonely Planet inexpensive selection didn’t have much suitable. The second one was closed for renovation. Rather than cycle another 3km south we tried two mid-priced selections and both didn’t have room for two nights. However, the second was very helpful in calling another hotel across the river. They were able to get us two rooms. Hence, we crossed back over to the west bank of the river and settled in for a rest day tomorrow in the big city of Омск. After five days of steady riding from Тюмень it is nice to not immediately dash into the tent to escape insects, to have a shower and other little things. 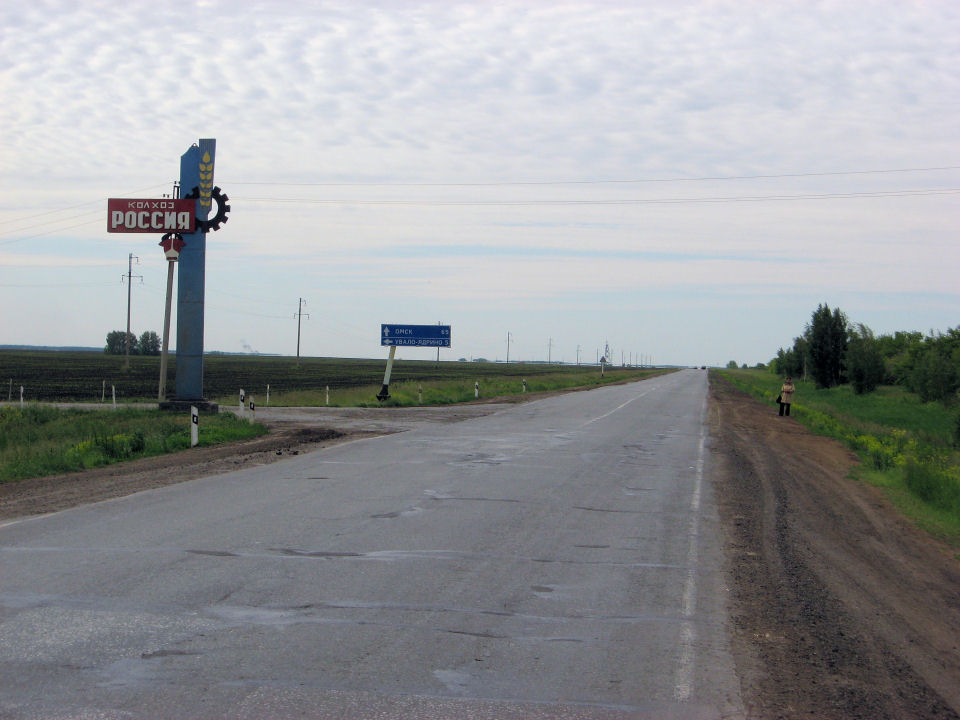 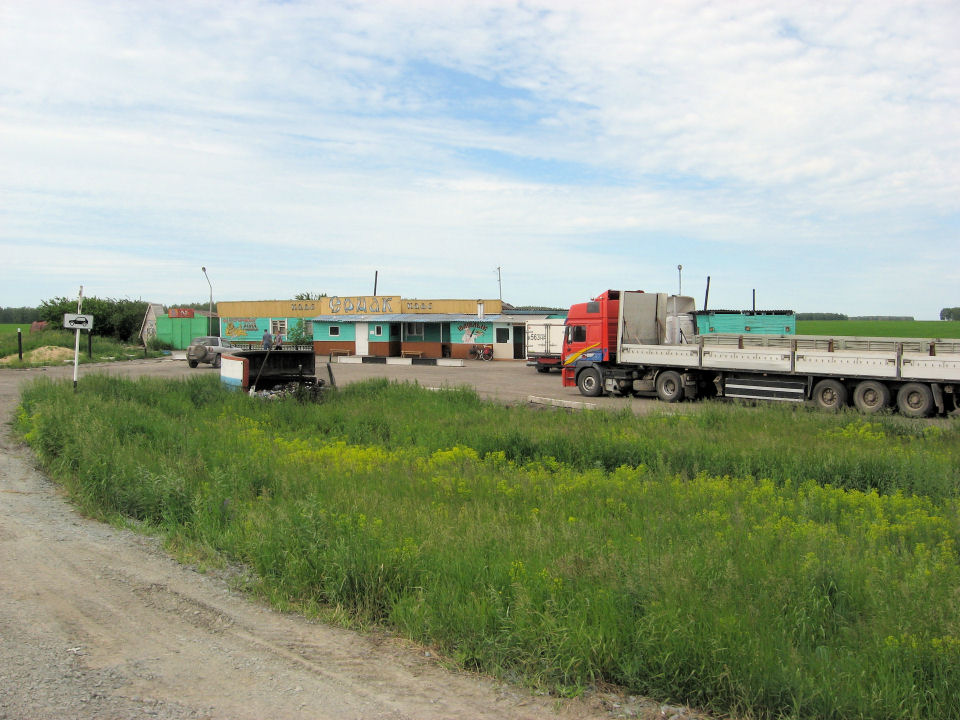 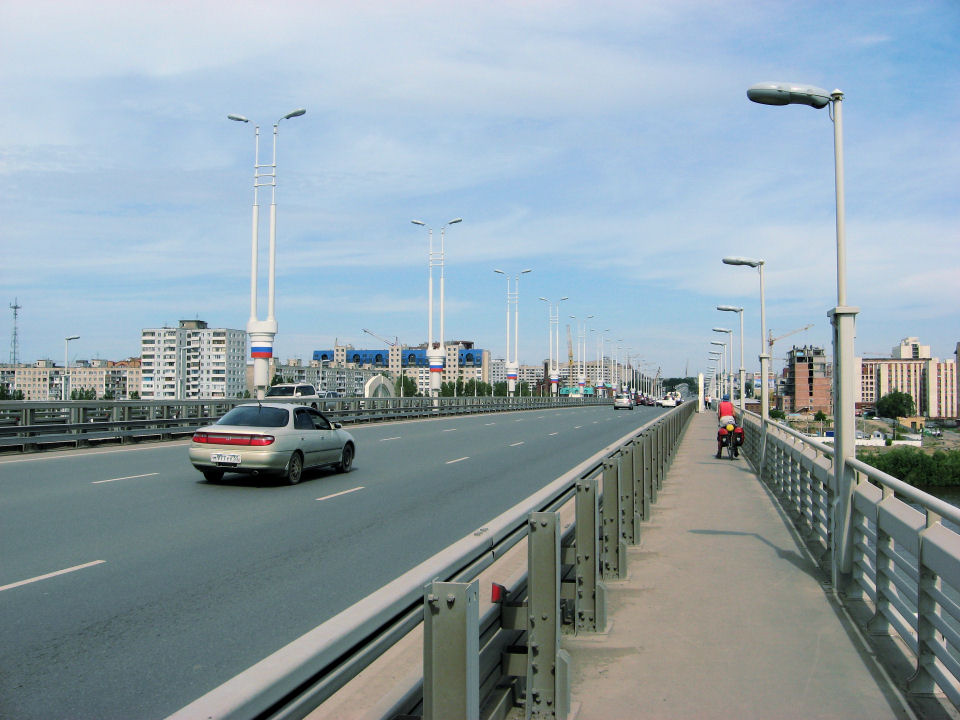