Today we saw more back roads of Russia. My watch was set ahead an hour to Moscow + 4 hours as we would cross times zones again today. Within two miles was a ДПС road police and a large cafe. I refilled my water and headed off. There were more gentle hills to climb over. As I came up on 14km, I saw a motorcycle coming out of the woods. The rider was from Japan and was riding from Japan to Europe, perhaps even Morocco. He looked at my thin bicycle tires and warned me of bad roads to the east.

At 20km was a turnoff to Юргиский. I waited here for a bit, before continuing to find at cafe at 24km. We decided we would try some smaller roads here rather than the main highway to Кемерово. At 26km we followed the side road headed towards Томск. It was a nice new smooth road that descended and then was flat. We turned south again at 41km to the road junction at outskirts of Юорга at 45km. We followed the truck route that ended up winding all the way around town. There was some sort of truck factory where picture below was taken below (immediately hidden by the truck in the background was an armed guard atop the wall behind, I decided not to have him in the photo). All in all it was 16km before we finally crossed Юорга.

Just at eastern outskirts of town was a military base with a large perimeter fence, new looking apartment barracks and many soldiers walking or driving around in uniform. As I passed the base, I looked to my right and noticed four Russian tanks riding along about 100 meters away. They were riding close to the same speed, except they were going up and over obstacles on a muddy path.

For the next 12kms, those four tanks and others from a group of about 20 tanks were riding to my right. Their path came very close to the road, so at times I was less than 10 meters from the tank. I was generally faster riding down hills and they faster up hills. It did give me some motivation to “race” the tanks and keep my speed up (note to training bike video makers: create a “Russian tank” version for a heavy gear that simulates a touring bike). It was fun to watch the tanks bounding over and occasionally slipping around in the mud. After 12km our tank contingent came to the edge of their training area. Some of their friends were already here. I counted perhaps 35 tanks in all. They stopped and I continued on. Sorry no photos to post to the internet as I figured photographing military training exercises might be frowned upon.

Not long after leaving the tanks it started raining. The sun was shining too, but I didn’t find the rainbow. At 77km, Mickey was having lunch in Мал. Тайменка in a bus shelter to avoid the rain. An obnoxious person had joined her. I was initially friendly to him, but as I realized he was a pest, I decided I didn’t know any Russian anymore and mostly tried to direct him away.

A few more hills and we were in Новороманово at a small store and the center of attention again. From here it was a long slow climb to top of the hill and then across and down to end the day. We camped in a beautiful meadow with wildflowers. We’re definitely in areas less flat than before. 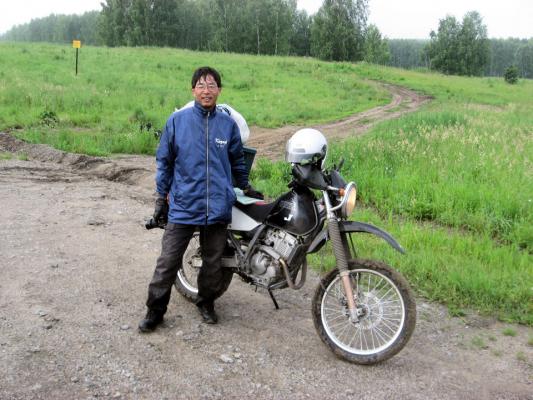 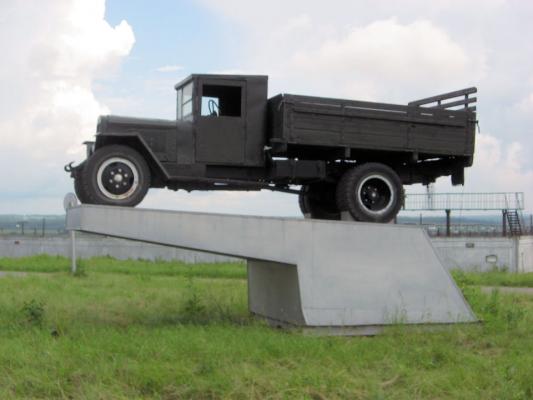 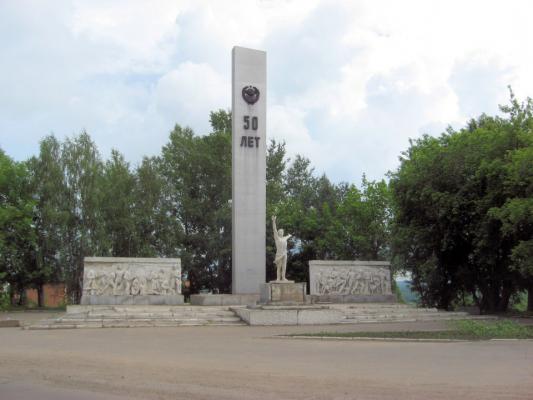 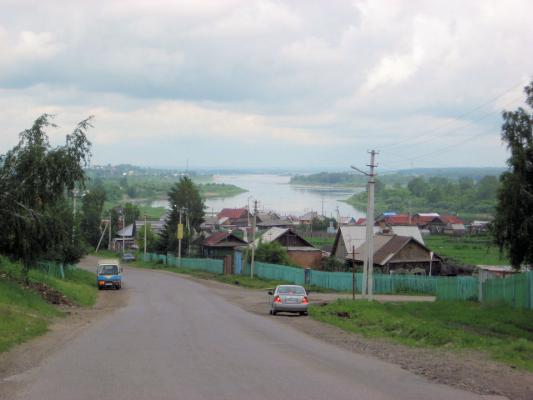