A nice cycling day with mostly good roads and a lot of flat terrain. I was happy to leave the ants back at camp and get on the road. It was a misty morning and my glasses kept fogging up. Fortunately, the road was smooth and wider than average. Without much trouble I was at Ð‘Ð¾Ð³Ð¾Ñ‚Ð¾Ð» at 24km for a breakfast stop. The other patrons at these places tend to be other road users: truck drivers, people ferrying left-hand drive cars from the east, Russian cars driving long distances. Menus are frequently similar: salads including eggs, soups, meats, sides that include mashed potatoes/macaroni/rice and tea and coffee. I can frequently order similar things and there are days when I have three soups in a day.

A brief climb past the road police (Ð”ÐŸÐ¡). This time they waved me to stop, but then asked the same curiosity questions. I have yet to be asked for official documents at these stops.

Once we climbed to top of the hill, it was mostly level or downhill as we rode past cultivated fields. Bus stops were painted with murals. Before I knew it I reached the â€œM53 ÐšÐ°Ð¤Ðµâ€ at 58km. Here we planned for the next mid-sized town: ÐÑ‡Ð¸Ð½ÑÐº. Our maps showed one road straight across and a bypass loop around the south part of town. The plan was to take the road straight across and stop at a shop for food.

We continued to have nice cycling as we approached town. At 82km was an exit for several towns further to the north. I followed the main road (Mickey had taken this exit, but I didnâ€™t know it). The main road then turned south and crossed the river. On outskirts of town were several large shops. I checked and didnâ€™t see Mickey. I followed the ÐšÑ€Ð°ÑÐ½Ð¾ÑÑ€ÑÐº road signs and realized I had been led on the loop road around the south. I stopped once at a supermarket and then hurried to edge of town at 96km. Here there was one road that came from the center and one from the north and my road from the south. No signs of Mickey. I figured Mickey would be on the center road and went back to town for a bit before the road split into too many directions. When I came back to the intersection, Mickey was there! She hadnâ€™t been on south road or middle road, so where had she come from? Turns out she had crossed town and came out on the road coming from the north. All a bit confusing and our maps said different things, but fortunate to sort it all out.

We stocked up on water, climbed the hill outside town and cycled a few kilometers past an airport before finding a nice place to camp. So far insect life is a lot calmer here than the last few days. 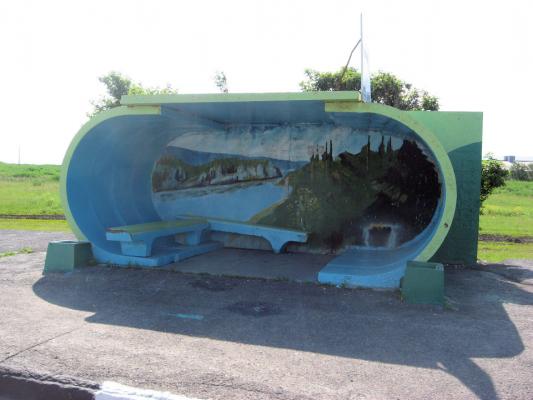 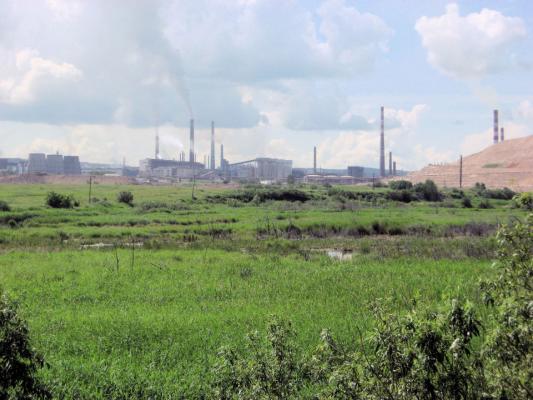