We crossed into Irkutsk oblast today. This brought another hour of time change (Moscow + 5) and also some rougher roads. The road has similarity with the Alaska Highway where pavement gets interrupted with â€œgravel patchesâ€ and that patch might be 100 meters or might be few kilometers. However, the gravel patches here are longer and more numerous.

Once again, up early and on the road. A quick descent through the village with a slow climb up the other side. I walked up one hill with a gravel road. The road descended back to the railroad and went through ÐÐ¸Ð¶ ÐŸÐ¾Ð¹Ð¼Ð° as several trains came past. I crossed the tracks and went through a long construction zone until 32km. It was another slow ride on the gravel.

At 42km was the oblast boundary and a cafe was another kilometer later. From here I had good road and increasingly flat as I passed agricultural areas. We made a brief lunch stop at 68km. From here we looked at our maps for roads past Ð¢Ð°Ð¹ÑˆÐµÑ‚. There was a road marked to Irkutsk but it was closed by barricades. We went around the barricades and found ourselves on a ring road around town. After 6km, this ring road stopped and we were directed back onto gravel roads back into Ð¢Ð°Ð¹ÑˆÐµÑ‚. We found a nice store here and a well to refill on water. As we left town, we came through several small villages and climbed a large hill. At top of the hill, the road turned back to gravel. With some difficulty, we found a place to camp at edge of a construction zone. I expect we will have more of this gravel to come. 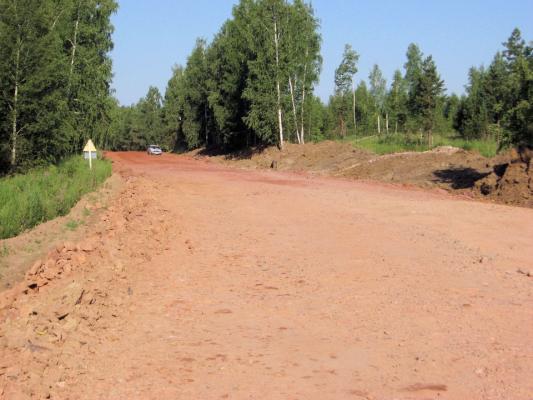 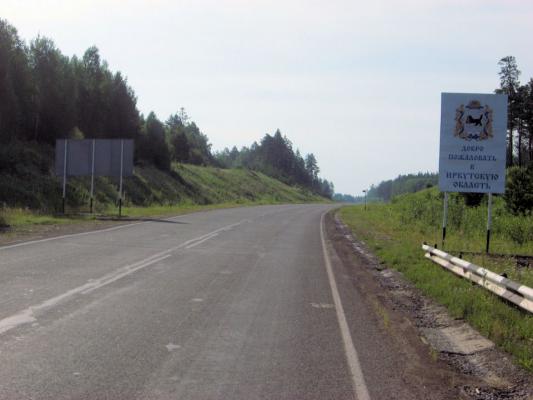 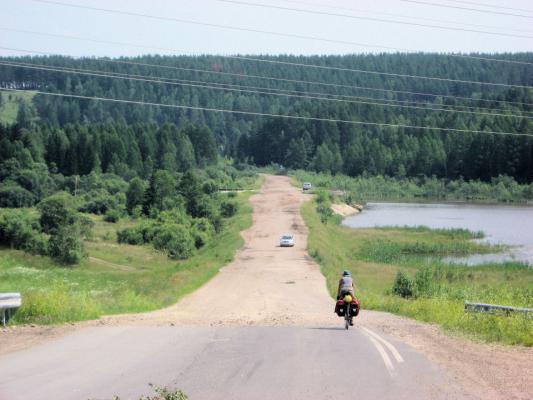