Today was a day with 31km of gravel roads that were often rough. Traffic was heavy and we were covered with dust. Just as the dust would clear, another car would come past and raise more dust. Many of these were Japanese cars being imported into Russia and then driven to market in Siberian towns. They would have the fronts, side panels and sometimes parts of the windshields taped up against flying rocks. Some were towing or carrying a second car as well.

The morning was cool as I left our construction camp. I started the day by walking the first hill. The gravel made for a slow ride and thus I was happy to see pavement at 6km. This road went through forest and bounced over a few hills. We came through a low cloud that turned into fog for a while We continued to stay close to the railroad tracks. There seems to be a 50/50 mix of freight and passenger traffic. We passed a closed cafe at 31km and then a big truck stop area with motel, cafe and store at ÐÐ»Ð·Ð°Ð¼Ð°Ð¹ at 49km.

We were warned of rough roads ahead. At 66km the road became gravel again. A few kilometers later we came through Ð—Ð°Ð¼Ð·Ð¾Ñ€ with a small store and a helpful and friendly clerk. We had brief pavement and then back to gravel again. I was happy to see the pavement once again at 92km. The town of ÐšÐ°Ð¼Ñ‹ÑˆÐµÑ‚ seemed to have many vendors selling coffee beans by side of the road. We went into the village itself and then got water before camping beside the road. 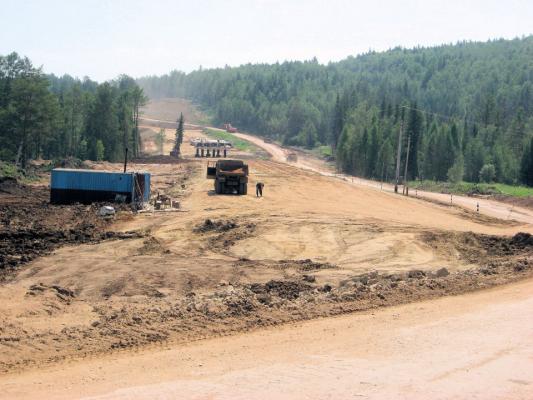 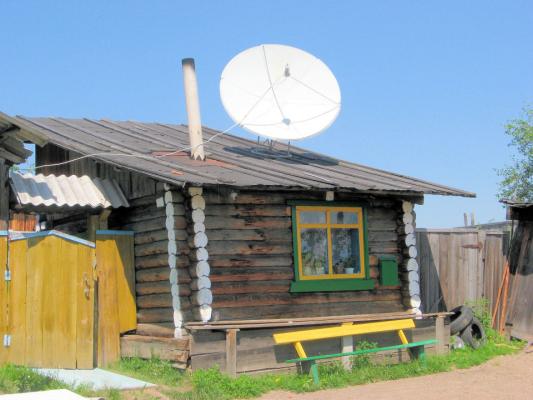