Our plan was to sleep in, take it easy and make a shorter day. Last night we walked in search of the blueplanetrun.org runners but returned when we werenâ€™t sure of their route and wouldnâ€™t know if they passed us by. We did talk with some of the other runners. They are organized into five teams of four runners. Each runner does 10 miles and has 1.5 hours to run. Hence, four teams are running each day and the fifth team is resting. It looks like they have good logistics and a separate color-coded team van for each of the teams. Theyâ€™ve also got other local support including local guides, medical, etc.

The problem with sleeping in is that our bodies are still used to waking up at the same times. I didnâ€™t have a tent to pack in, so was ready to go close to the same time. Hence, I was on the road before seven. It was a nice cycling day that started by crossing the Ð˜Ñ river and then went through open meadows. Today was flatter than several previous days and we had a breeze that turned into a good tailwind. Unlike further west, the road tended to go through the villages rather than around. I like this better as you pass more stores and see more people.

At 44km was a large backlog of cars being the railroad crossing. We walked to the front and it looked like they were working on the tracks without trains. Hence, we carefully crossed under the gates and across the tracks. At 46km we stopped at Kristinas cafe to let the traffic by. This cafe wins my award for best so far with: tasty soup, pancakes and eggs; friendly staff and good presentation and prices. Kristina is the name of the daughter of the owner.

From here the wind picked up and helped blow us to ÐšÑƒÐ¹Ñ‚ÑƒÐ½ at 72km. We had originally thought of stopping here, but the day was still early so we decided to add another 38km. The wind even helped with a few long climbs.

We stopped in a village for end of the day and with some difficulty found a pump for water. There were woods nearby to camp. Unfortunately some adolescent boys decided to bike along so we passed the inviting woods and rode several more kilometers to a place across from an open field and have the wind blowing through the tents. 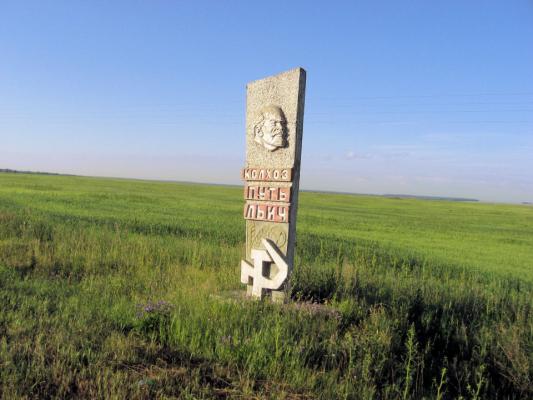 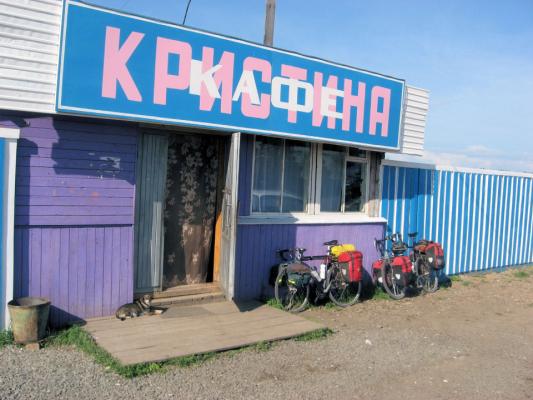 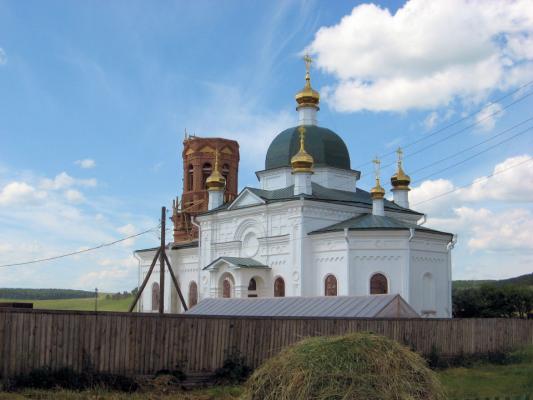