Weâ€™re camped on the shore of Lake Baikal. The water is cool and drinkably clean. The shore is rocky with many rounded pebbles. On the other side of camp are the railroad tracks with frequent trains. Most are freight, but we wave at the occasional passenger trains that come by.

It rained last night. Both through the night and this morning when I awoke. Thunder and lightening convinced me to wait for a while, but after an hour the rain was less and I packed everything up and ventured out. It was a flat road through the trees until Ð¢Ð°Ð½Ñ…Ð¾Ð¸ at 14km. After town was 5km of construction with some large puddles. It also became hillier. Signs would mark the hills as 4%, 5%, 6%, 7%, 8% or 9%. I would shift into a lower gear. Fortunately after construction, road conditions became better.

I expected a gap before finding a cafe so made a roadside stop at 35km and again at 50km. At 53km came ÐœÐ¸ÑˆÐ¸Ñ…Ð° and 12km later a cafe. Nice to get a meal and refuel, particularly as I was at end of the food I brought with me.

We had another stop at Ð‘Ð°Ð±ÑƒÑˆÐºÐ¸Ð½ and had several little shops clustered together. After this we cycled out of town. We found a nice spot along the road that seemed to allow access to Baikal, so we carried our bikes over the train tracks (carefully) and camped by the water. 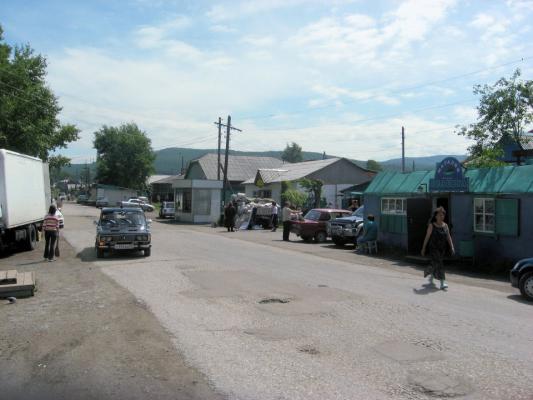 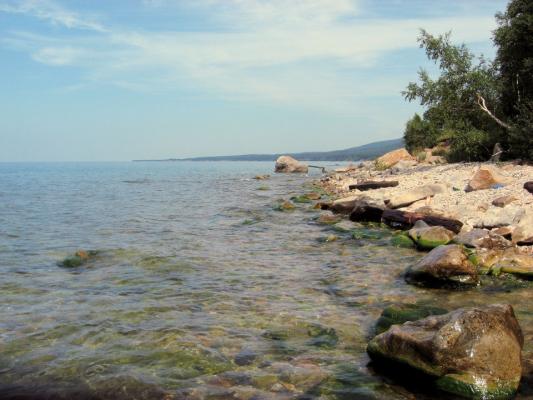 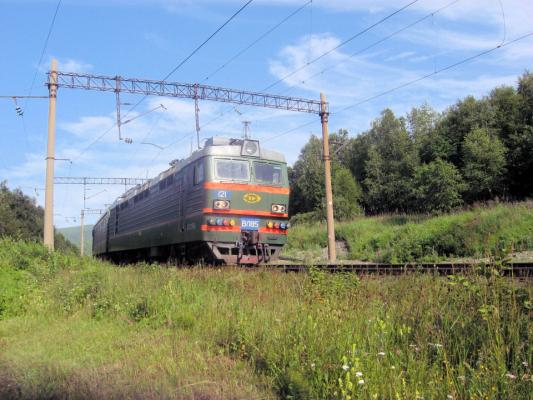 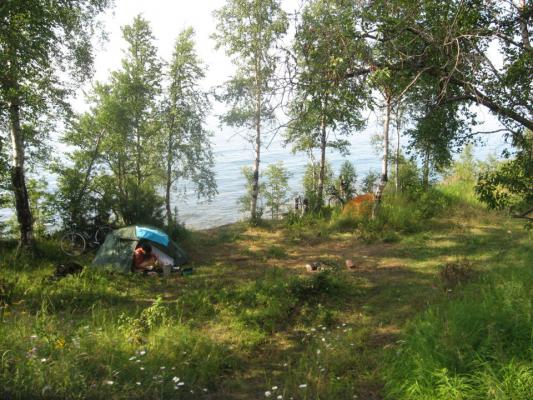