A shorter ride today to the city of Ð£Ð»Ð°Ð½-Ð£Ð´Ñ. We have warm temperatures with forecast highs of 39C (102F), so it was nice to get in before the warmest part of the day. Just as I was ready to depart we had a few raindrops. I waited a bit and then was caught by a downpour just as I came through Ð˜Ð»ÑŒÐ¸Ð½ÐºÐ° at 7km. I found a place to shelter but by then the hardest rain was over. The road continued mostly flat along the Selenga river. I stopped again at 16km in a small store in Ð¢Ð°Ñ‚Ð°ÑƒÑ€Ð¾Ð²Ð¾. Somehow the ticking in her freewheel had stopped as if the problem was never there. Not sure what happened though perhaps some of the paws got stuck or eventually broke off [anyone have any ideas what would make the freewheel make a terrible racket and eventually stop another 100km later?].

At 24km we had a climb of 4km. At the top was a Buddhist monument area with many of these strips of cloth tied to the trees. There was also a nice descent back down to the Selenga River. At 32km we were close to the river and had a good place to stop for a meal. From here the road was again mostly flat along the river valley. We passed a Ð”ÐŸÐ¡ post and then a suburb of the city itself. We were at city limits at 58km with signs for the center in another 7km. The city has a small center with a square with large Soviet style buildings and a large Lenin head. Many more Buryati people are walking around, as if weâ€™re not far from Mongolia. We found our way to a large hotel complex and brought bikes up again. Plan is to spend a few days here and meet up with Bert and Jean and also replenish some supplies.

After going to the internet cafe, I found my GI tract decided to empty itself. It was as if I had a food poisoning from something I ate. A little frustrating and Iâ€™ll need to slowly figure out what to eat again. 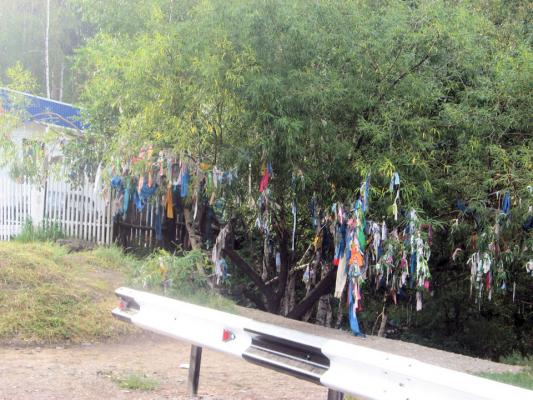 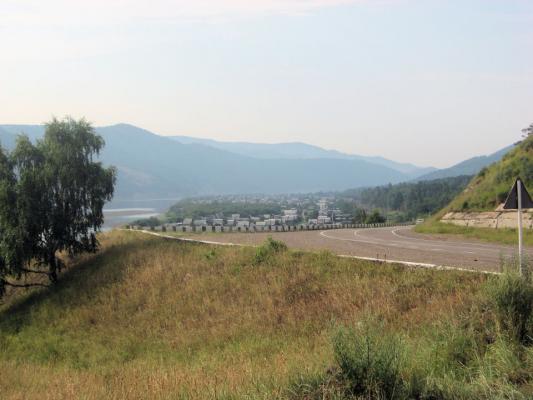 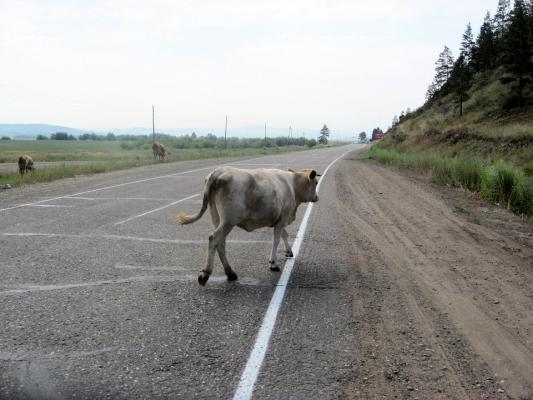 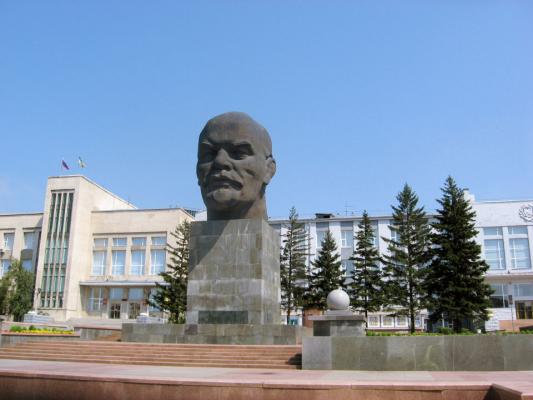