When studying our maps, we noticed that the train distance from Ð‘Ð°Ð´Ð° to Ð§Ð¸Ñ‚Ð° was more than 100km shorter than the road. Hence, the small road along the tracks was intriguing. Was it paved?

Our maps also showed few places to stop until Ð¥Ð¸Ð»Ð¾Ðº. The first 10km of the ride were flatter than yesterday and hence pleasant cycling. It was nice to go a little quicker. After this, the hills began again. Nothing big, but a steady set of ups and downs. The train was in the river valley below. We made steady progress and by 52km reached Ð¥Ð¸Ð»Ð¾Ðº.

We asked and were directed into town for food. We bought plenty here. We also asked about the road along the railroad and were told it was in poor condition and not paved. Oh well, off on the main road then. We next left to find a cafe back along the main road. This cafe was busy with travelers from a bus. We waited in line and had a good meal. We thought we might try for an early day and cycle to Ð¥Ð¸Ð»Ð¾Ð³Ð¾ÑÐ¾Ð½ which showed at 40km on Mickeyâ€™s map. We had a few hills on the way but it was flatter and we reached it 34km later at 88km.

At Ð¥Ð¸Ð»Ð¾Ð³Ð¾ÑÐ¾Ð½ we looked for water and were treated to another instance of very generous Russian hospitality. Victor came out with a bucket of very cold tasty water and refilled it when we finished the first. We drank some, but Victor told us to leave room for tea. Victor and Julia (and two small sons) treated us to a meal of bread, salted cucumbers, tomatoes and tea. It was delicious. They even gave us cucumbers and tomatoes to take with us. They were busy fixing up their old house and their handiwork showed. Overall it was wonderful hospitality â€“ though we did refuse the sauna offer â€“ by making excuses to get some photos and get on the road.

From here the road slowly climbed following a small river valley. At 95km the road went over a small bridge and started a steeper uphill climb. Right before the bridge I passed a man on the left who yelled â€œare you traveling far?â€ On the right, there was an overturned truck which had rolled down the embankment. Mickey made the connection between the two. The man had been driving the truck, lost control and rolled the truck with it ending upside down. This all happened 30 minutes before. He was still in shock. He complained of a sore shoulder and head but didnâ€™t have other visible serious injuries. We talked with him for a bit, gave him a banana and some water. He had a cell phone and had called and otherwise was looking for a ride. There wasnâ€™t much else we could do, so we closely cycled up the rest of the hill.

At 98km we reached the top. There was a little Buddhist monument and small store/cafe. We went in and told them of the accident. Hopefully someone with car might notice and give him a ride if he hadnâ€™t already gotten one. From here, it was 6km of descent and back to the original river valley. We went a little further and then found a place to camp. It was an eventful day where we expected the big choice to be whether to take the fork in the road. 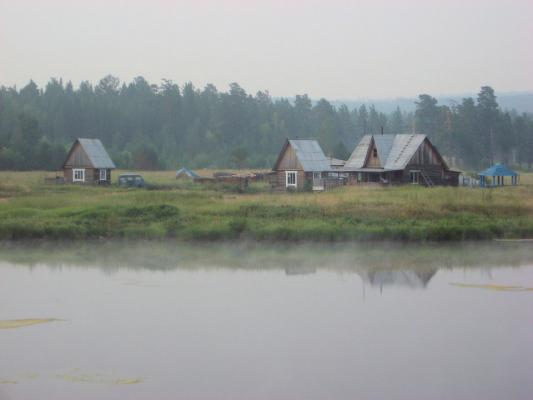 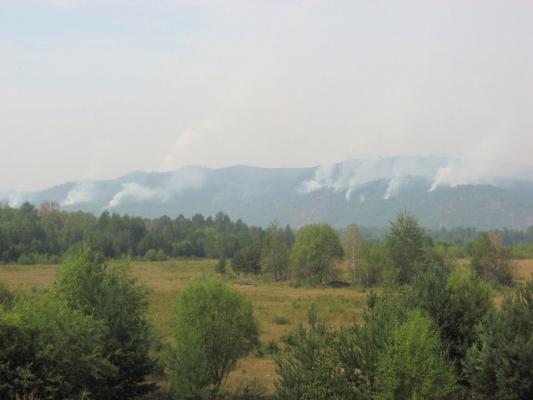 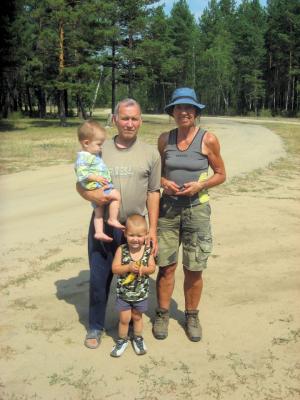