Some long fairly flat riding today. We continued to follow our broad open valley on the way to Чита. The road was narrow and surface was bumpy but it was flatter. We had some gentle grades.

I left early and had quiet riding. There were three cafes in the first 25km but I kept going. We came through Аблатуйский Бор at 18km and then a nice stretch of forest. After this wide open road again. At the 2nd turnoff to Улеты was a nice cafe and place to stop. This was 47km into the ride.

From here more steady riding. Signs said Татаурово would be at 90km and we hoped for a cafe there. We came past the first entrance but nothing. I had eaten my extra food so was running on empty. Nothing at the second entrance or in the next small town. Fortunately, at top of a low hill at 103km we had a nice small cafe. From here we cycled one more hill into Лесной Городок. This town had everything: cafe, store, small church and some friendly young boys who showed off their bicycles while taking us to the pump house for water. We then cycled over the railroad and camped not far from the river.

In the evening, our excitement for the day came. We had camped not far from a populated area and my tent is orange. Two guys in a motorcycle with side car had parked at nearby pond and drove over to my tent to investigate. I sat in my tent watching them. They saw me. Once the engine switched off, I made a friendly introduction in Russian. Something like: “I am a Dutch tourist. I don’t speak much Russian. I am bicycling from Amsterdam to Vladivostok and am camping here.” They asked one or two normal questions such as my age, if I was cycling alone and how fast the bike would go. The conversation started fine.

However, I didn’t like the way the tone of the conversation headed after that. They asked if I had money. I told them I didn’t understand the word “деньги” (money). So they instead asked for 100 rubles. I said, “no”. They asked for a match. I said I didn’t have one. How then did I make tea? Frustrated with this, they lit cigarettes with their own matches. Did I want to drink beer with them? “no”. One came over to investigate my panniers. As soon as he started to fiddle with them, I gently placed my hand on his chest and pushed him away while saying loudly but firmly in English, “don’t touch!”. I also got completely out of the tent, stood up, while putting panniers behind me into the tent. I am taller and larger than either of them. I repeated “don’t touch!”

At this point things were a bit tense, and it was time to end the conversation. I stood in front of my tent, arms crossed with a firm stare and scowl. I decided not to understand much Russian as they tried, lets sit down, drink beer together and talk about Dutch football. They grew frustrated with the quiet stares and not much later hopped on the motorcycle and left me alone. 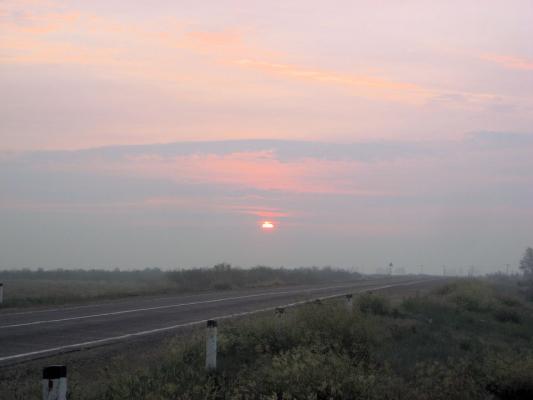 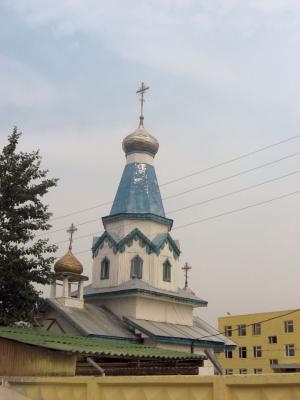