Two things made for tough cycling today: there was a lot of loose gravel on the road and the road itself went across a number of hills. When climbing the hills there were already signs up marking the grades as well as the start and end of climbing lanes. Marking lanes themselves was a bit silly since there are no lanes on the gravel road and oncoming traffic seems to drive where it pleases.

We left in the cool morning. There were once again some mosquitoes. Within the first few kilometers we started out climb. We had several other climbs and a few descents before reaching a cafe at 22km. All the cars in the parking lot were right hand steering wheels. All the patrons in the cafe (except Mickey) were men and all the staff were women. I think we might have been the only ones traveling eastbound.

After breakfast we had a little of the descent back. There was unfortunately a lot of loose gravel. At one point Mickey hit a large rock and went down scraping up her knee a bit. We continued slowly on this loose stuff. It was getting hotter and a slow trudge. At 49km we stopped at a small railroad station town at Ð—ÑƒÐ´Ñ‹Ñ€Ð°. Bert noticed several screws missing from his rack. Fortunately we had some spares.

From here we decided to go to the next large river. Replies to our â€œnext cafeâ€ question gave us an idea we might find one there. It was a 7km climb to start and then mostly soft gravel. Fortunately, there was a cafe at 69km and the river at 71km. We found a nice place to camp after a tough day. 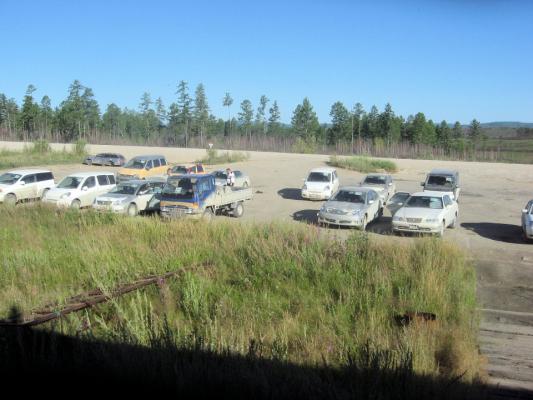 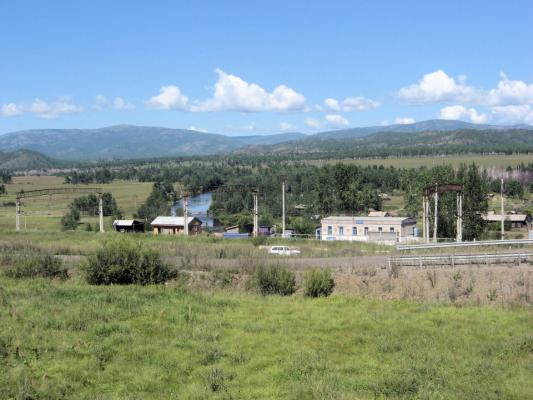