Nice day of cycling as we reached the northernmost point of our journey. Just 3km after start we were back to the M18 motorway and even had signs to Murmansk (over 1500km away). It was a divided highway with two lanes each way. The shoulder wasnâ€™t wide but also not a lot of traffic. At 10km a brief breakfast stop. This area still had many dachas and also people along the road selling potatoes. After a bit the road narrowed to one lane each way and mostly stayed this way after that. Mickey cycled faster than I, so I mostly made sure not to pass when she stopped. I also wasnâ€™t feeling 100%.

At 45km a nice stop at a cafÃ© with Solyanka in Ð”ÑƒÑÑŒÐµÐ²Ð¾. From here a steady ride on mostly flat terrain. We would pass the occasional small village and stopped at 65km in one of them. My Russian works ok in the small shop situation where you can point and gesture as well. At 78km, a turn southbound onto a new road. This road was a little worse in spots, though also less traffic. I kept going a little slower here.

At 109km one last stop in Ð¥Ð²Ð°Ð»Ð¾Ð²Ð¾, where an older woman helped us find the store and two shy girls led us down to the river to find a spring and fill up with water. Once full with water, we made a short ride out of town and a camp site for the night. These areas are surprisingly marshy and wet. 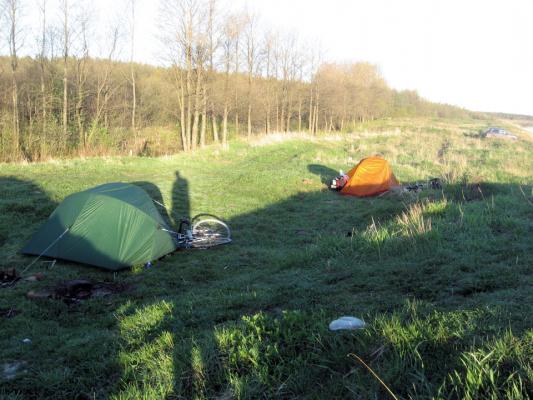 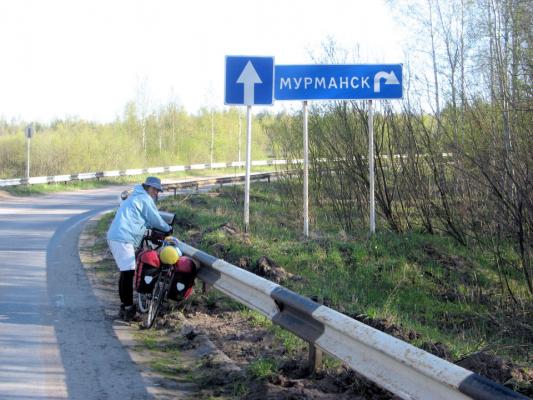