Nice day riding along a reasonable road along the lake without too much traffic. We packed up early from our hotel and got ready for the road again. One part of Mickeyâ€™s rear rack was broken, but fortunately easy to redeploy so it wasnâ€™t stressed. We cycled back through familiar town streets and across the bridge. We circled back once since we werenâ€™t sure of the road but after asking twice knew we were on the right track again.

Initially a very smooth road that was busy with people leaving for the weekend. We passed several areas with small dachas all clustered together. By 27km traffic lessened but the road also became a poor concrete road. At 30km was a nice cafÐ¹ and rest stop. Outside a group of men were standing around starting a weekend drinking spree. Unfortunately we see that occasionally here. They were friendly though. We ordered a few eggs, tea and a soft drink.

The next part the road was more open, so fortunate that it wasnâ€™t windy. Road conditions were variable though never very poor. We passed a small village or two but most were up on a low hill and we passed down below. Just as I saw a 5km bumpy sign, there was a cafÐ¹! Good place for a lunch stop at 61km.

The border to Yaroslav oblast was 5km further. Fortunately, those good roads continued into our third oblast. At 88km, Mickey waited as we regrouped for end of the day. We decided to continue to the next larger place. At 104km some ugly tar that stuck for a while and at 114km the town itself. It was a cute small town with large central square with a Lenin statue, a war memorial and a few shops. This town had town faucets with water. We filled up here and were quick to cycle to outskirts of town. Summer has come and it is quite a bit warmer. 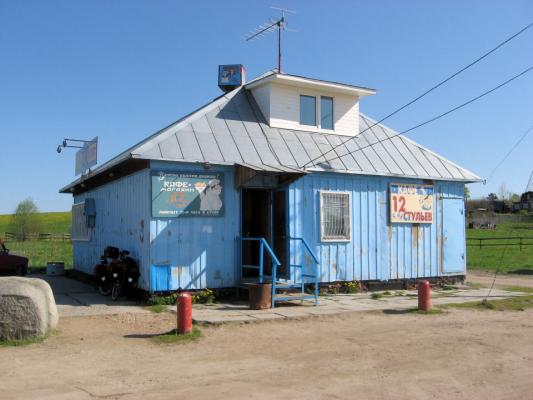 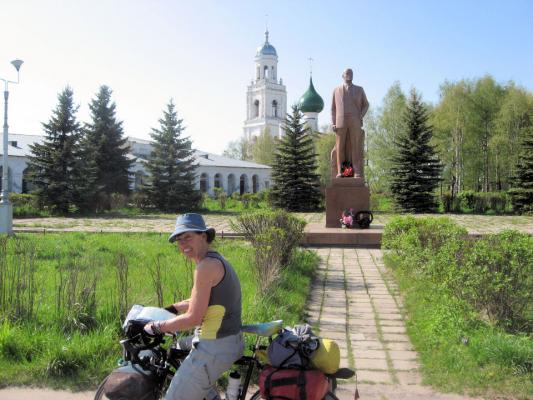