A nice solid ride today with good roads and two somewhat different halves separated by Ð Ñ‹Ð±Ð¸Ð½ÑÐº in the middle. Last night we had some thunder showers with lightning. Fortunately, they stopped by morning and it was just overcast. The roads were again pleasant to start. They tended to go through rather than around the villages, so we had good chances to photograph many of the old houses. At 20km was a hotel and many people out fishing. We stopped at 34km in ÐœÐ¸Ð»ÑŽÑˆÐ¸Ð½Ð¾ at the store for food. We continued to pass old villages including one where the church spire had fallen down.

At 65km we crossed a bridge where the Volga streams out of the the lake. From here we followed signs to Ð¯Ñ€Ð¾ÑÐ»Ð°Ð²Ð»ÑŒ which took us across town and along the south via a bypass. Fortunately, we found a cafÐ¹ here. Many of the same foods were again available.

After this, the road became wider and busier. There were also one or two deep gullies to cross. Otherwise, still smooth and flat roads. Ð¢ÑƒÑ‚Ð°ÐµÐ² was atop a hill at 115km. From here just a little further as we found a area with many small dachas and also place to get water and camp for the night. 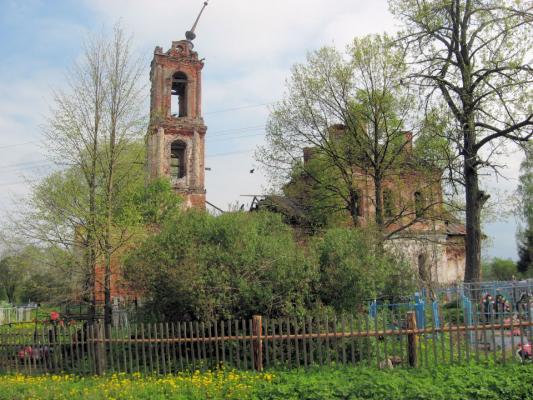 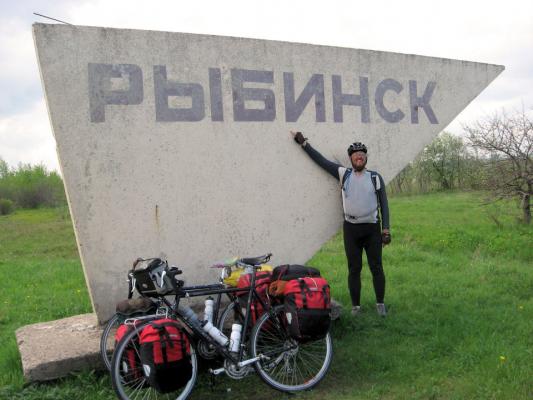