Today we got lost from each other, but fortunately ended up at the same place at the end. The idea for the day was to remain on the northeast bank of the Volga and bypass Нижний Новгород. The sun was up early and we had a light tailwind as we cycled. At 10km, Mickey came past. At 30km was a turn for Заруеино. This was the short cut to Бор and where I should have turned. I went straight instead. I realized the mistake at 41km when I came to the main road and Mickey also wasn’t there. She must have taken the other road and I was off track.

Ok, so now I hurried along to find my way back to the route. At 56km was the turnoff. I circled around a little looking, before going to Бор and stopping at the first store I saw. I decided to wait for an hour and see if she was behind and looking. At 40 minutes decided to give up and continue. [Unknown to me, Mickey had missed the same turn and was waiting a few kilometers ahead with similar idea].

Бор was a mid-sized town with a nice central market. After this the road became quieter and quieter. Some stretches were through the woods and it was mostly a good road. It was a little further than I expected. The towns were small and not much chance to stop in cafes. Finally at 4:30pm made it to Макарьево. I found Mickey here and sorted out our surprisingly similar stories of having missed the same turned and waited before continuing on.

In Макарьево was a nice old monastery with churches being restored. One of the nuns came out to invite us in, and the brought someone from the kitchen who spoke English. She carefully explained that no lodging was available and that we were welcome to visit two of the churches. Some quick looks before camping on outskirts of town. 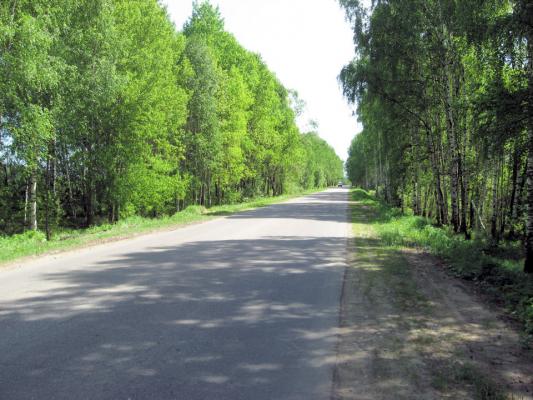 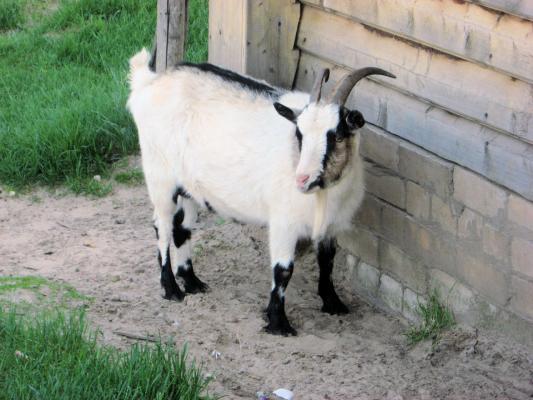 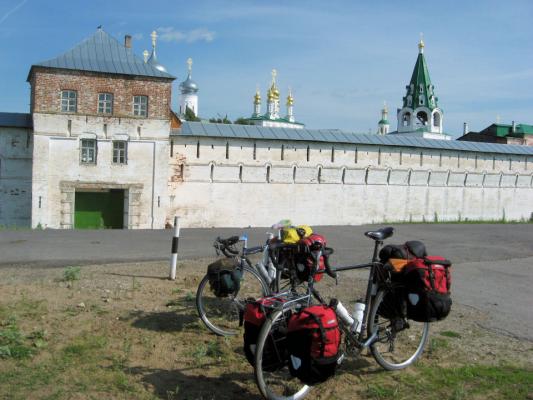 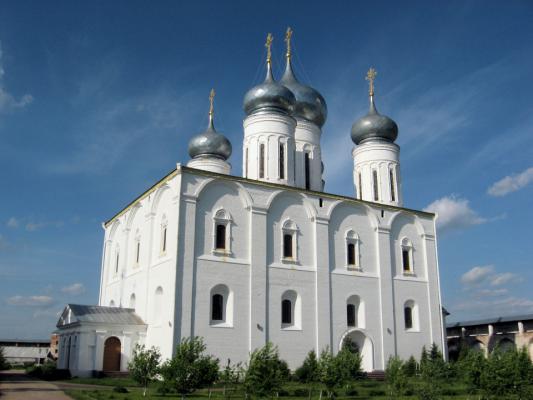