We started riding today by getting off the M7 as quickly as we could. The rest of the day was spent on quieter country roads. Road conditions weren’t necessarily better than the M7 but many many fewer trucks and some more hills.

I liked the truck stop as first place to get a shower in a while and eat meals. It was frustrating however to find that all water was off when we awoke (i.e. no toilets). We packed up, ate breakfast and were on the road early. At 3km we turned onto smaller roads southbound. The road started bumpy as we passed a construction zone. About 6km was larger town of Ядрин and then a crossing of the Сура river (the Сура is interesting because it is the river that goes through Пенза where we traveled last year). The hills started from here, but I was still fresh so didn’t notice as much.

At 36km we came to Советское. Several people were crowded around Mickey when I arrived. We were definitely a spectacle in this small village. To compound things, today was the day for the town festival with singing, dancing, athletic games all starting at 10am. We listened to a song or two, ate Шашлик and gave our greetings.

From here some more climbing and some wind as we went over the hills to Аликово. The towns here had two names on the signs, a reflection of the Tatar influences here. We also noticed that the people here were more forward/aggressive so more likely to interact than quietly watch us go by. At 71km, we finally turned away from the strong crosswind and took a road heading east. We followed this until just about 100km and were then done for the day having ridden our 100km on a somewhat tough by scenic ride. 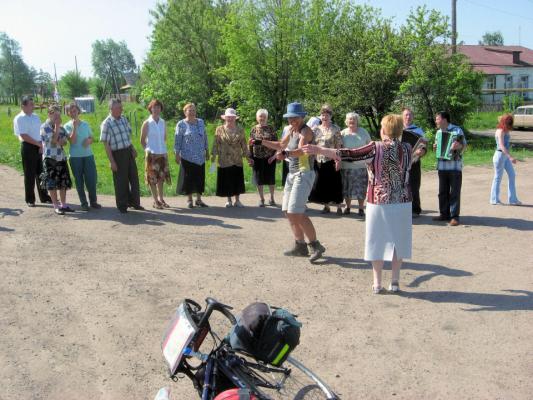 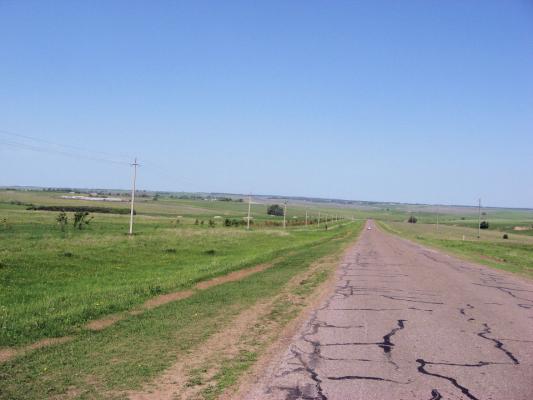