Despite the low distance, today was a surprisingly tough day including 24km of unpaved roads. Last night I had visitors. I had camped behind a tree barrier by the road so I might spot Mickey if she passed. However, I hadnâ€™t realized that behind the barrier was also in good view of the road to the nearby village. Three young boys were sneaking up on the tent. Once I spotted them, they ran away and hid only to sneak up again. The second time, I walked a little closer to where they were hidden and waited. When they peeked out, I waived. Emboldened, they came over. In my minimal Russian, I could describe the trip and show a map. I also let them know I wanted to sleep. This quieted them for a little bit until they came back with friends and decided to sneak up again until their parents later called them in.

I was on the road early today even after setting my watch ahead an hour. As I came through Ð¯Ð½Ð³ÑƒÐ»Ð¾Ð²Ð¾ there was a traffic jam of sorts as I had to wait for the cattle to clear from the main street. This was still a good quality road, though it climbed up and over a few hills. At 23km was ÐœÐ°Ð»Ð¼Ñ‹Ð¶ where the local police stopped me to ask about the trip. There was also a hotel/cafÃ© here and chance for breakfast. From here the road went up and over a few more hills to Ð“Ð¾Ð½Ð±Ð° where a ferry crossed the Ð’ÑÑ‚ÐºÐ°. Four of those kilometers were unpaved.

I reached the ferry in time to see the incoming ferry. I found out that the ferry times were 7am, 11am, 2pm and 5pm and hence I would have almost three hours to wait. I walked through the town to find a small store and filled up on water. It was warm outside with many little flies so decided to change to long pants.

When I returned to the ferry dock, I checked my handle bar bag. My wallet was missing! Oh no! I hurried back to the store and fortunately found it in the grass. I waited some more and then was on the ferry. No signs of Mickey, so Iâ€™m not sure she is behind me but more likely ahead on the earlier ferry?

On the other side I had been warned about 16km of unpaved road. Worse, I found the road base was soft sand and hence there were few places to ride. I mostly walked with an occasional push of the bike. One car stopped to offer a lift but seemed a bit shady [they were extra eager to help and also wanted to exchange Rubles to German Marks]. Finally I made it to ÐšÐ¾Ð½ÑÑ‚Ð°Ð½Ñ‚Ð¸Ð½Ð¾Ð²ÐºÐ° but the promised asphalt didnâ€™t appear. Two locals told me it was another 3km and Mr Shady drove by again to tell me it was 10km. I pushed my bike another 4km and finally was on pavement.

The weather had changed during the afternoon to a cold north wind and almost hints of rain. There were some hills to climb, but I was at least riding. I was tired but went a bit further before finding a place to camp. Still no signs of Mickey. Still not clear if she is behind or ahead though the ferry limits the possibilities and I didnâ€™t see sand trails. 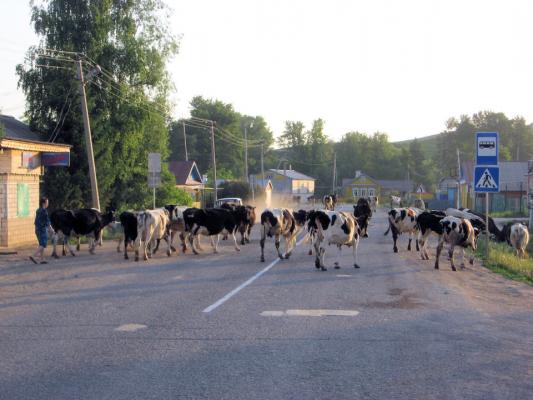 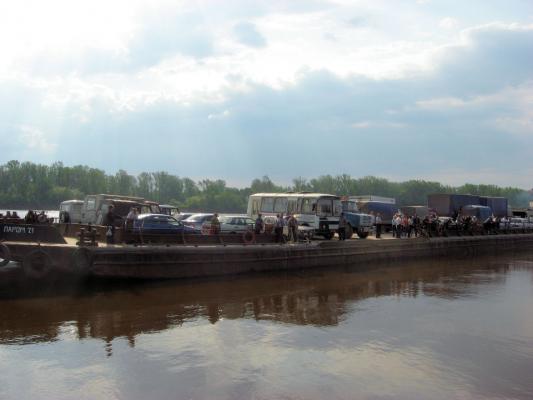 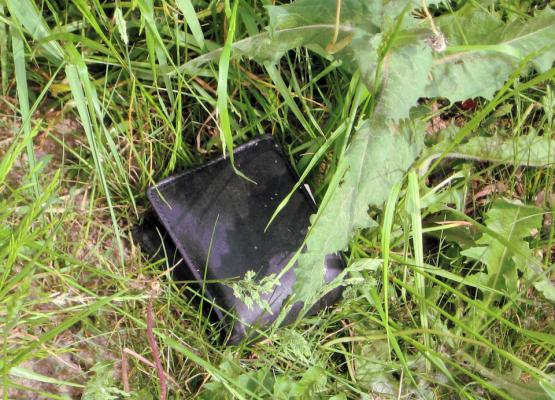 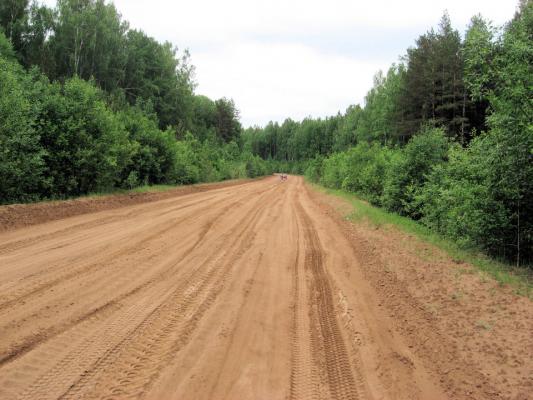