What do you do if a road on your map doesn’t exist? The sane thing is probably to go back and try one that does exist. That wasn’t the choice I made today.

Last night I had visitors. I had camped a ways from the road but was still visible. As I was getting to sleep, a jeep pulled up with three guards. I explained things and they let me sleep. It was cold this morning as I had frost on the tent and ice in the water bottles. However, the sun was shining once it got over the trees. I followed the road east with some ups and downs. Mostly a good road but 9km of road construction: first 3km were smooth new road, middle 3km were being worked and last 3km were old but still smooth road. Now I know where all those dump trucks were headed yesterday.

At 42km, the road came to a T. There was a café and perfect place for a meal. From here I would go to Тюш and then try a road to cut across via Брехово to the Перм/Екатеринбург highway. I asked a nearby driver and he told me it was all asphalt! So I headed north to Тюш and turned into the town at 50km. At 53km I was at bottom of a hill and my road. It was gravel. The map said 26km to Алтынное and 28km after that. I walked a few hills but otherwise the gravel was ok to ride, just a little slower.

A truck driver slowed and asked if I had a map. He told me that it didn’t make sense to go to Алтынное, but instead turn 7km earlier at Озерки. I asked what that short cut was like and he pointed to a nearby rutted path.

By 72km I was at Озерки and I saw more than one rutted path. Not sure which one was which, I decided to stay on the larger road. At 79km I was in Алтынное and a little store. An old ruin of a church was here. Otherwise, it had a bit of an “end of the road” feel to it.

The road out of town didn’t exist. Despite being on both my maps, two different locals told me there wasn’t a road to Брехово. They suggested I follow local paths roughly north and overland. Now a dilemma. I had invested 26km onto this gravel road to come here and I really didn’t want to back track. So I started following a rough path that went in the direction the locals said. It turned and headed further east than they said. However rather than head overland, I decided to follow this path. I walked a total of 12km on this path before stopping for the night. Tomorrow, I will walk some further and hope to find the highway again. 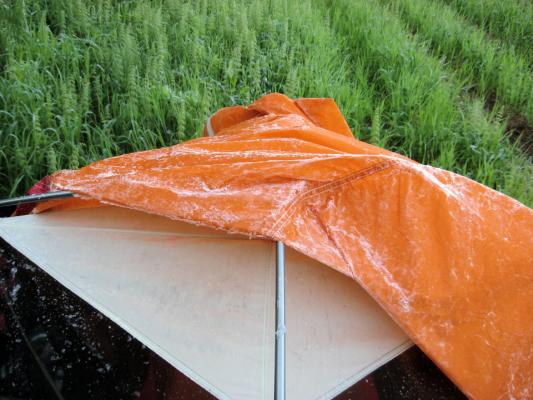 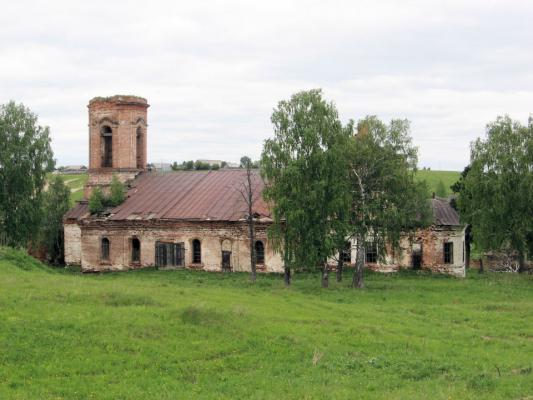 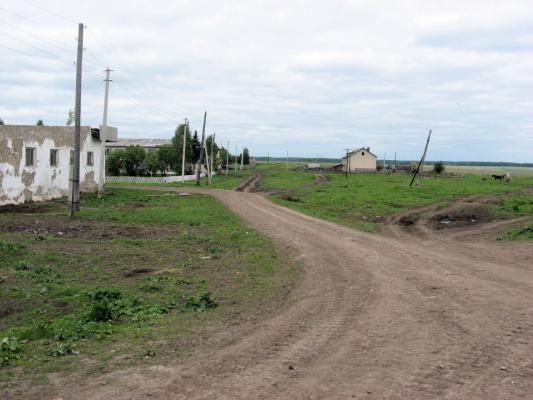 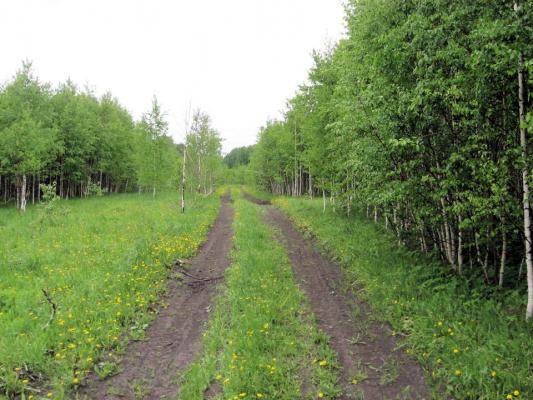