A strange wind in the air this morning. I waited for a bit, but decided to get up quickly and get moving. I wanted to avoid being caught on this mud path in the rain. I had given myself a â€œbudgetâ€ of 30km to follow this path. After that I would still be just as lost, but perhaps more worried. The path continued north and east. In a few spots there was some gravel and I was able to cycle. At 7km it went down a steep hill and then up the other side.

At 13km I crested a hill and suddenly saw a village below! I had made it through, but wasnâ€™t sure where I had arrived. By 15km I was in the village on a good gravel road and by 18km I was on an asphalt road. This was a fairly big town with several stores. The cars still had license plates with â€œ59â€ so I was in the ÐŸÐµÑ€Ð¼ oblast. Finally as I was leaving town, I saw the sign Ð‘Ñ€ÐµÑ…Ð¾Ð²Ð¾. This had been the original town I was headed to and the road didnâ€™t exist. My distance of 25km on the path was close to the 28km of the missing road. I am glad I followed this path rather than â€œdead reckoningâ€ since I would have otherwise missed it.

I cycled to the main ÐŸÐµÑ€Ð¼/Ð•ÐºÐ°Ñ‚ÐµÑ€Ð¸Ð½Ð±ÑƒÑ€Ð³ highway and had a meal at 26km at the corner. The road had some trucks, but was much much better than the M7 before; both road conditions and traffic.

I followed the new road and at 44km mark crossed the oblast boundary. The road improved even more. The south wind continued and I got some wind as well. The new road went through some gentle ups and downs. At I was coming into ÐÑ‡Ð¸Ñ‚ it started to rain harder. At 69km, I found a cafÃ© and had a meal to see if the rain subsided. As it didnâ€™t I went north out of town. The combination of signs for 10km of road construction, more rain and inviting woods caused me to call it an early afternoon. As the rain comes down, it is nice to be found again. 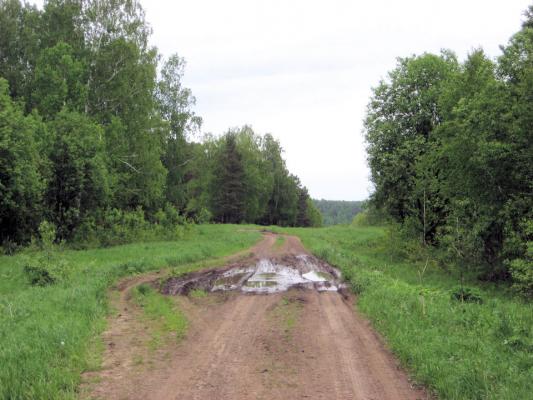 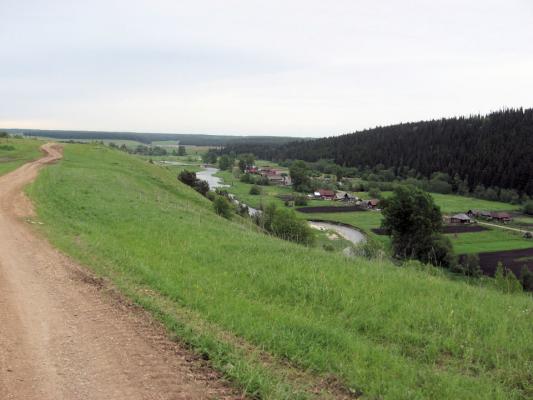 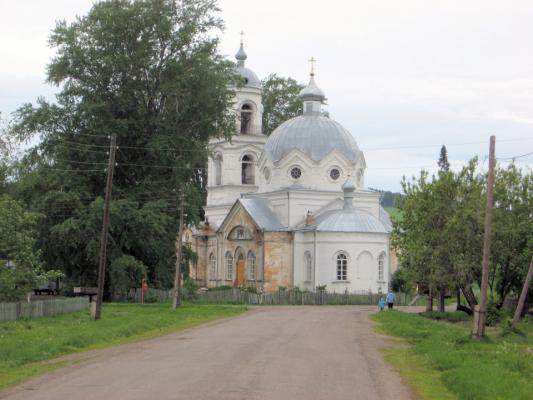 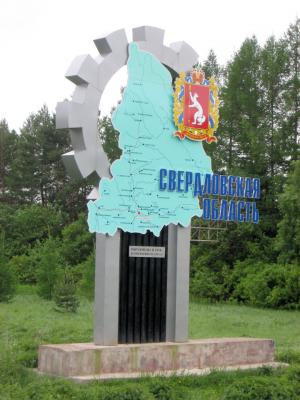