Almost all the road was two lanes highway with no shoulder and heavy traffic. The edge of the shoulder was sometimes rough, and hence one needed to be constantly on alert, with potholes ahead, potential traffic behind and a constant rush of traffic alongside. The other thing that made for a challenging ride was steady hills to climb up and over.

At 9km we climbed a hill and saw our first Ð’Ð»Ð°Ð´Ð¸Ð²Ð¾ÑÑ‚Ð¾Ðº city limits sign. We stopped for the obligatory photographs. Just beyond was a larger stone monument with both a natural ship and also a big stone Ð’Ð»Ð°Ð´Ð¸Ð²Ð¾ÑÑ‚Ð¾Ðº in letters. Time for a few more photos. After this, steady the nerves for a ride along the busy road. After 25km or so, the city became more built up, and hence bus stops (with buses pulling in and out), side streets and more cross traffic. At 32km, we decided to get off and walk some of the last bits. We climbed up over a hill and then descended down to the main square with monument to Fighters for Soviet Power in the Far East. We were in middle of downtown Ð’Ð»Ð°Ð´Ð¸Ð²Ð¾ÑÑ‚Ð¾Ðº. Hooray, again!

We then walked some nearby streets to find a hotel and found one up on nearby hill. A little more expensive, but at least they had room. Weâ€™ve got some time now to run some errands and get everything ready for the next adventures. I also expect to write an epilogue with overall perceptions of Russia and what was surprising and went as expected. Below are a few of the final photos of the ride across Eurasia (currently having problem loading photos).

Today is also Mickeyâ€™s birthday! We could have an extra celebration on the main square for her birthday as well as a restaurant celebration in the evening. We even bought Russian Champaign, though this has to chill first. 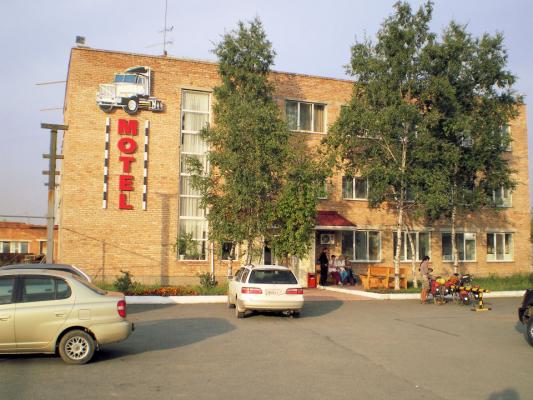 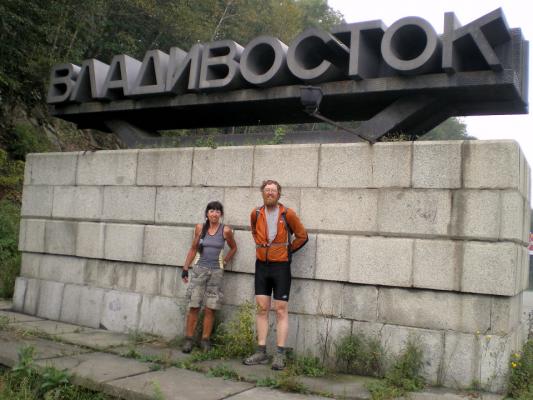 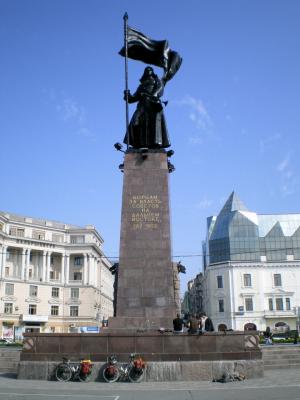 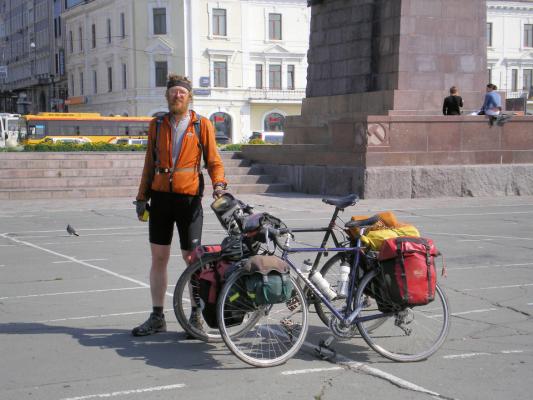