Weâ€™re getting closer, today we briefly saw a bay that is part of the Pacific Ocean. It was an easier ride today, though I was somehow noticing that my back was hurting from yesterday. It was a damp mist when I packed up the tent and left the field. There was already a moderate amount of traffic as we cycled across some low hills and then into ÐœÐ¸Ñ…Ð°Ð¹Ð»Ð¾Ð²ÐºÐ°. The road was bumpy which I noticed on my back.

We crossed into Ð£ÑÑÑƒÑ€Ð¸Ð¹ÑÐº at 26km, slightly earlier than I expected. At least the streets became smoother. They also became double lanes of traffic mostly from here through the end of the day. It was a busy city, though traffic was also slower. We stopped briefly at 36km at buy some bread at a store. After this we crossed a river and started up a hill. There was a large auto market here. My guess is this is where some of those Japanese cars are bought and sold. The road crossed into the woods and across some gentle hills. Photo below shows a typical meal we might buy at one of these cafes, such as we did at 49km.

After this it became warmer and we actually even saw the sun come out. The road stayed two lanes each way as it went in a bypass around Ð Ð°Ð·Ð´Ð¾Ð»ÑŒÐ½Ð¾Ðµ. On the other end at 72km was a stop in ÐšÐ¸Ð¿Ð°Ñ€Ð¸ÑÐ¾Ð²Ð¾. After this point, the road stayed consistently busy two lanes. We could cycle in the right lane, and traffic would move over though it took some concentration. There were some gentle hills to cross over. We were wondering where we might first find water and then where we might find a place quiet enough to camp when we noticed a little motel over by the tracks. It looked like a good place to stay and the price was right. Hence, weâ€™ve found ourselves in this little motel. If all goes well, tomorrow should arrive in Vladivostok. 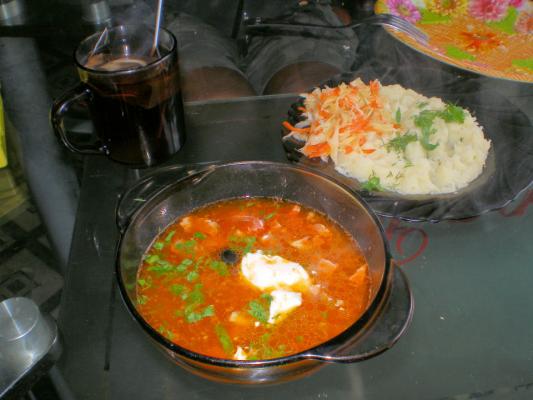 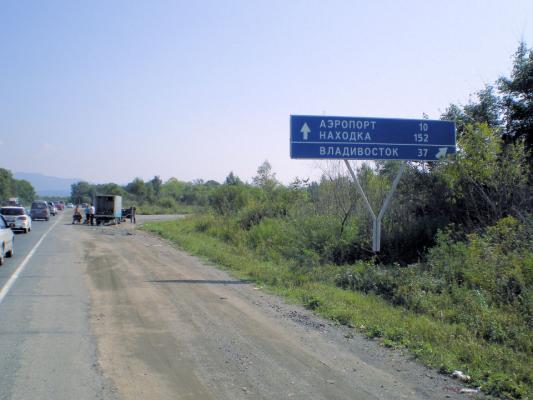 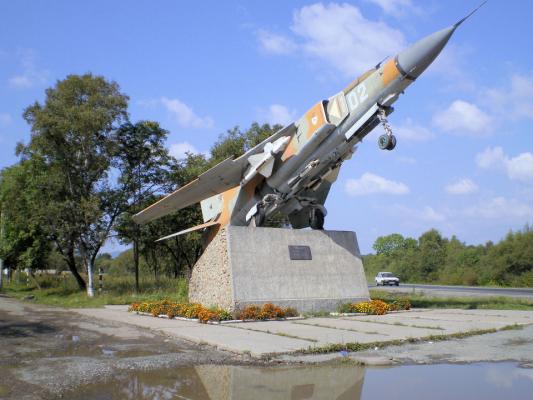