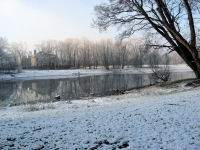 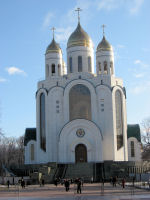 Nice quiet rest day in Kaliningrad. Walked through some of the city in the morning and took a restful afternoon to read and relax before another short walk. It had snowed overnight and was a cold but otherwise nice day. It was quiet in the city as most of the shops were closed. Still found a nice bakery that was open and saw some people out with shopping bags.

Kaliningrad had a few of the original Prussian sights around including an old church from 1233 that was still being restored. Church at the right was a newer orthodox church with glistening domes and many people quickly coming to pay their respects.

However, as a whole, feels more like a Russian city than a German one. Several prominent statues such as bottom left to (re)-founding of the city in 1946. Much of the city had been destroyed during the way and several spots with large concrete buildings to replace them. Also lots of shops. 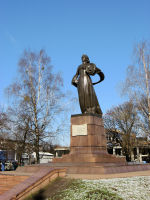 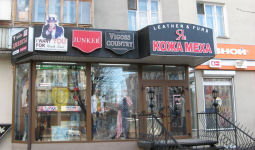 Overall, nice to have a quiet relaxing day as I looked over maps, caught up on reading and otherwise took a break from the daily bicycle ride to the next place.