Today a full day of cycling on gravel. It is a slow, dusty and bumpy ride at times. The road is broad but we have multiple obstacles to slow things down:

We had some of everything today, frequently multiple at once. Some parts of the road were worse and meant travel less than 10km per hour. I was surprised with such a broad road that there frequently wasn’t a good choice.

We left cycling amongst trees. After 13km we reached the intersection at Богомягково and stopped at a cafe here. It was early and farmers were herding cows across the road. We had a slow climb over the hill and then passed another cafe at 23km. Overall, I was surprised at how many cafes we’ve seen in this part of the road.

Mickey passed us not much later. We cycled mostly flat terrain to Новоберезовекое at 40km and stopped at yet another cafe for an early lunch. The staff was particularly friendly and curious. They gave us two cucumbers as presents to take along.

Most of the traffic on the road are cars in transit from Vladivostok. We see some local traffic and one or two trucks but the vast majority are small used Japanese passenger cars. Several times today, they would slow and ask where we were coming from or stop and take photos. Some would speed along kicking up dust but most were driving slowly. Most were taped up to protect the car finish.

After our cafe stop, the road to Знаменка was rough and open. We crossed the Нерча river just before Знаменка at 57km. We didn’t expect much chance of water after this, so we filled up. We made one last slow ride on the gravel from here. There were several large hills to climb. At 74km was an inviting farmers field. They let us camp in their field next to a hay pile and later came and talked some with us. It was a nice end to a long ride. 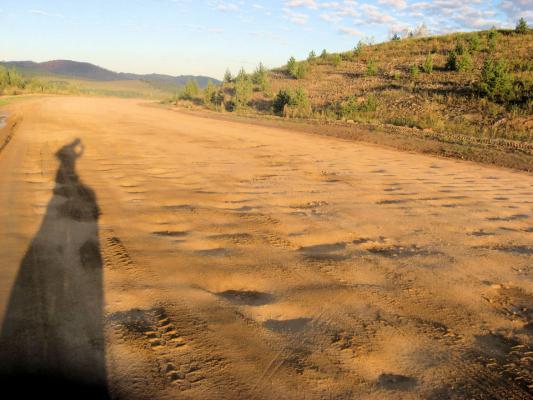 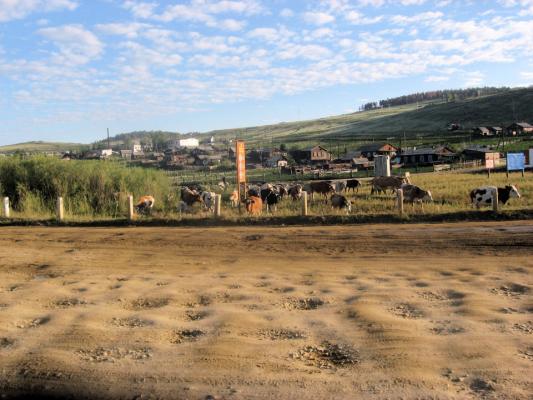 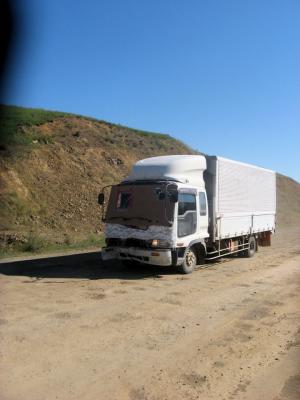 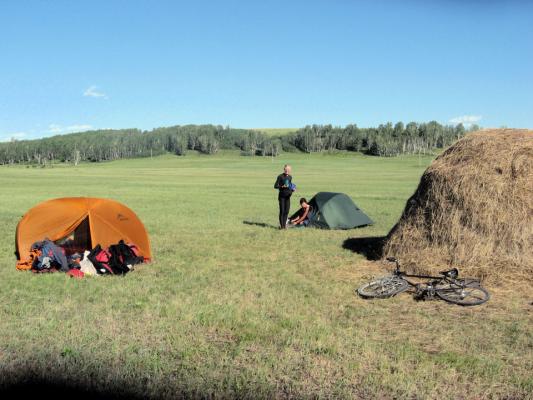