Is the Federal Highway paved? That was the key question of the day. We went with a majority opinion and it turned out to be wrong. We had our first answer yesterday. The local channel 12 TV station came to do a story (our third Russian press interview). We think the hotel tipped them off. While they were interviewing us, we asked questions about the roads ahead (answer: gravel). This morning we decided to take the ferry across the Зея river and then either the old road to Белогорск or the new road if it was paved. It was a nice ride through the city, finally reaching the ferry at 12km. The opinion of those on the ferry was definitely that the Federal Highway was paved. We were in luck as the ferry departs on odd numbered hours and we were there just before 9am.

Once off the ferry, we cycled 2km to the critical road junction and asked once more if the Federal Highway as paved. Hence, from here we took a cutoff road, over sometimes rough gravel and through small town of Молчаново at 24km. Here was a small store with several grandmother types on a bench having a social. Across the main street of town strolled a pig with 11 piglets. We cycled from here through Половка and then the last kilometers to reach the Federal Highway junction at 34km. We cycled to the interchange. It was paved northbound and just where we started it turned to a soft gravel. If only we had known, we could have spent the last 22km on the old road.

It was a slow ride on the new gravel. The terrain was flat and we had a tailwind, but there were many loose rocks and lots of dust. It was wide open with few trees. Some cars would slow and ask where we were traveling and in return we would ask how long until asphalt. Each answer seemed to be slightly further. At 68km we reached Укранка. A herd of cows was crossing the road to nearby lake. Cars stopped and we used it as an opportunity to ask again. We must have looked dejected enough at the answer that the driver was kind enough to give us a large 6 liter jug with water along with the answer that it would be a while to asphalt and the next cafe. 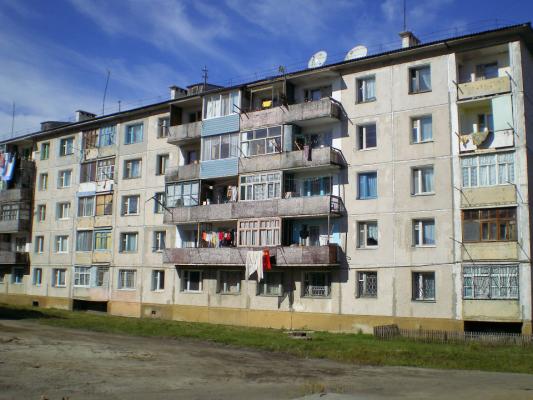 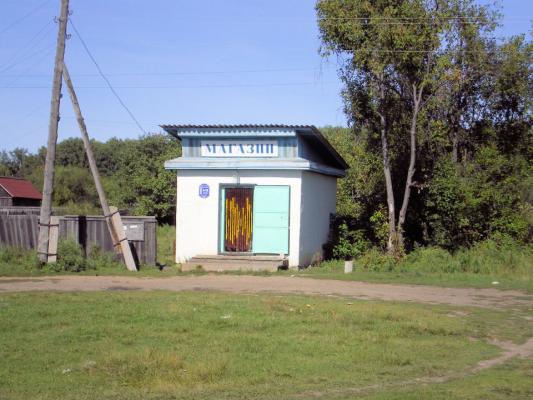 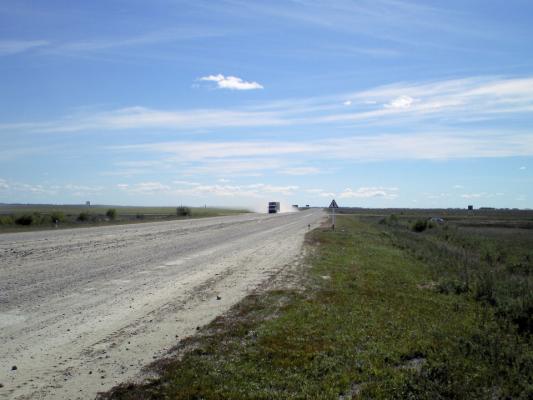