Twenty-one oblasts cycled and one more to go! (Technically speaking, some are republics, some are krais, etc). Fortunately, it stayed dry today, we even had brief periods of sun. There were more gentle hills to climb, so a tough but otherwise good day.

Last night was wet and the floor of the tent was damp when I packed it in. I got up around sunrise but that keeps getting later now. I cycled mostly through woods to reach Бикин and a cafe at 15km. There was even a hotel here. This town was spread out and had several military bases. We’re noticing more bases in general as we pass very close to the Chinese border. Also noticing more police.

After Бикин it seemed like the road was both uphill and upwind. It was a bit of a slow slog, but near top of one of these hills at 40km was both the oblast boundary and a cafe.
There were one or two more uphills after this and then some good downhills. Closer to 50km the road became more flat, open and in the wind. We cycled through a short stretch of woods before reaching Лучегорск at 69km. Locals were again curious, though one of the young men thought Amsterdam was in America before he was corrected by his colleagues. They do generally seem to have heard of Amsterdam and the Netherlands here (particularly the Ajax football team). I tend to say “Holland” rather than “USA” since there are fewer connotations (good or bad) in peoples minds.

From Лучегорск it was tough cycling as the road was flat, open and directly in the wind. I slowly watched the kilometers tick down to reach Пожарский at 100km. A girl came to ask us the standard questions, so we asked her where to find a pump house. We filled up there and then cycled a little further before finding a place to camp. Earlier this summer we would find the trees for shade, but now we find the sunny spots to dry the tents. 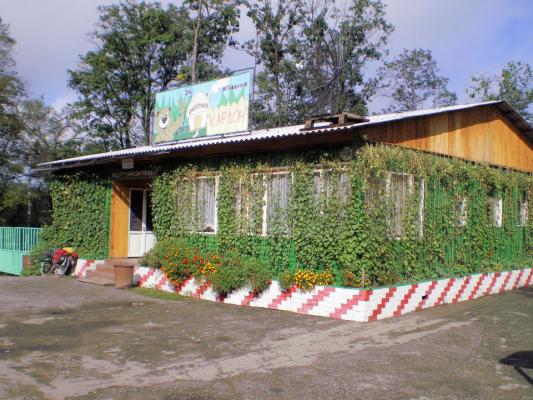 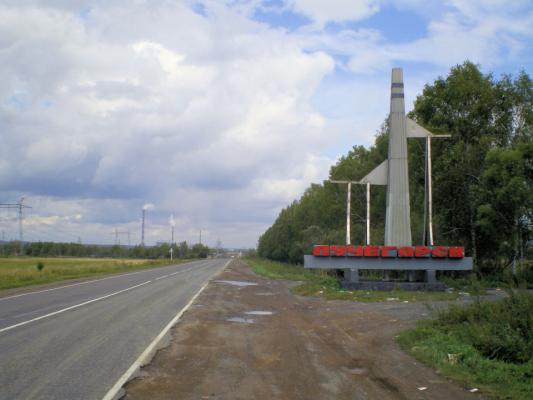