Last night Mickey had been up all night sick. With exception of someone fetching water at 12:30am, I slept soundly. Perhaps it was tainted water? Perhaps something else? We’re not sure. We waited this morning until things were stable before setting off.

We cycled 17km to the turnoff to Амазар. Someone told us the next cafe was still 10km further, so we instead went into town. The village had a few large concrete apartment blocks and otherwise many wooden cabins. There were several shops and we stopped at the first to refill on provisions.

Mickey still wasn’t feeling well, so we went to the train station to inquire about possibility of skipping some of the roughest road. As best we could understand the helpful lady, the baggage train didn’t stop here but instead at the next town 100km further. It would be a shame to skip some of the route – though we both thought this section was worse than normal. In any case, it wasn’t going to be.

We instead cycled back to the main road, and found a place to camp not far from the bridge and had a quiet day. 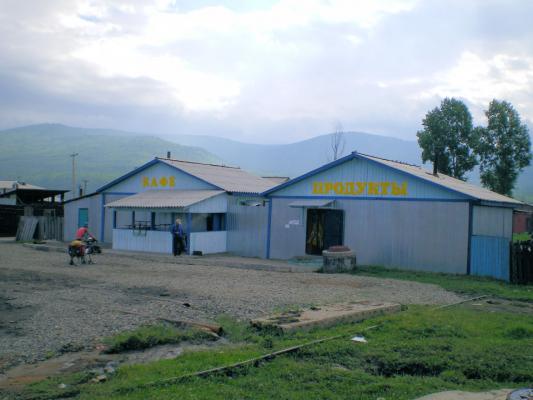 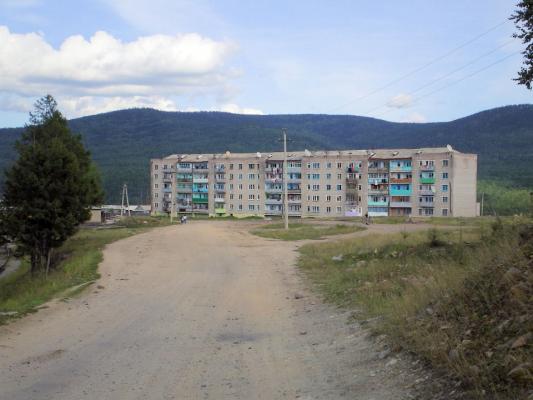