Today we made a great leap forward, some by auto transport. It was nice to get on the road after a day and a half of sickness and rain. Mickey was still feeling a little weak but better. The road continued to be just as challenging with loose gravel over hardened surfaces and a hill to start. With some lost time and a lot more of the rough road, we discussed the possibility of taking a train from Ð•Ñ€Ð¾Ñ„ÐµÐ¹ ÐŸÐ°Ð²Ð»Ð¾Ð²Ð¸Ñ‡ in 100km or two days ride. We tried stopping a car or two, but it wasnâ€™t promising as most traffic was heading the other way or going short distances.

As we cycled along, there was mist. We had our first cafe at 10km. It was crowded with cars, a sign of either good food or a large gap until the next cafe. They told us no cafe until Ð•Ñ€Ð¾Ñ„ÐµÐ¹ so at least expected a big gap. On the next stretch just as I remarked at how flat it was, we had several hills come up. Fortunately, we also rounded one of these hills and saw a cafe at 30km and stopped for lunch.

After lunch, a few hills and I started climbing a large hill. Mickey was behind on this climb. At 39km, I looked back as I passed marker km764 (from Chita) and saw a large auto transport pull up and stop. Tied down was Mickeyâ€™s bike. She had flagged down Valerie and Victor and gotten a lift. We tied my bike up too.

It was nice in the cab of the 18-wheeler (technically, 14-wheeler since the last four werenâ€™t double). They were making a 7-day run to pick up a new load of cars to Krasnoyarsk. Their cab had two bunks in back, and even linoleum on the floor. Rule was to take your shoes off inside. We had brief conversation along the way in limited Russian. It was still slow and bumpy, though a lot faster. We stopped briefly at the Amur oblast boundary at 30km and again at a cafe near Ð£Ñ€ÑˆÐ°. Here we saw religious procession walking from Vladivostok to Moscow.

We came past large scale construction near ÐÐµÐ²ÐµÑ€. Many bridges were being built and lots of dirt was being dumped. It was impressive, though would have been difficult to get through on a bicycle without walking. Finally as the sun was almost down, we passed a river. The truck stopped to change drivers. We took the opportunity to jump off as well. They wouldnâ€™t take money for the ride, though we insisted and gave them some. We were at km1027, so had hitchhiked 263km past some of the worst road sections. We cycled another kilometer before setting up camp as it was getting dark. 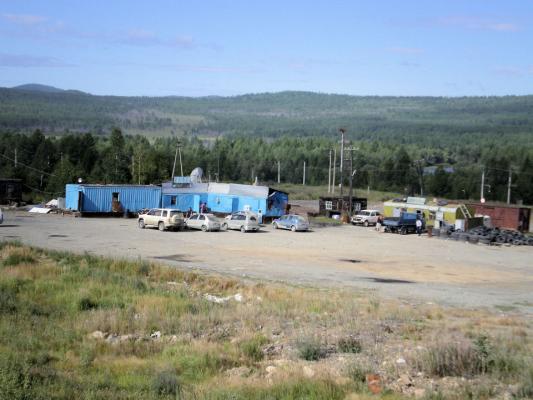 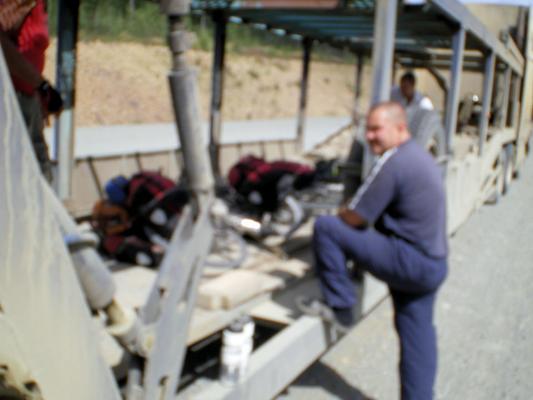 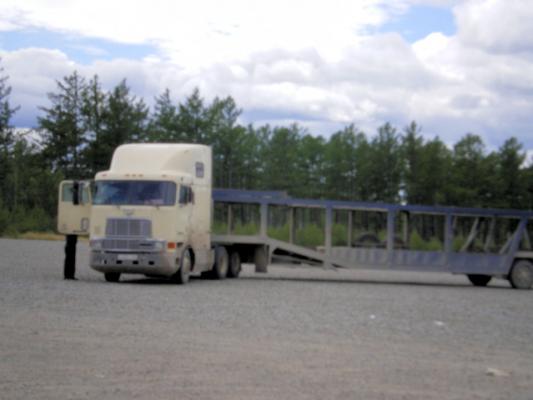 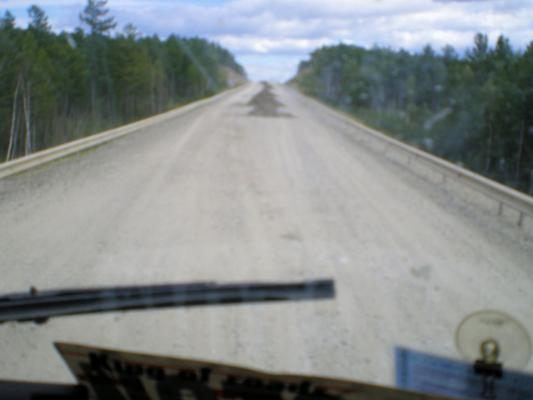 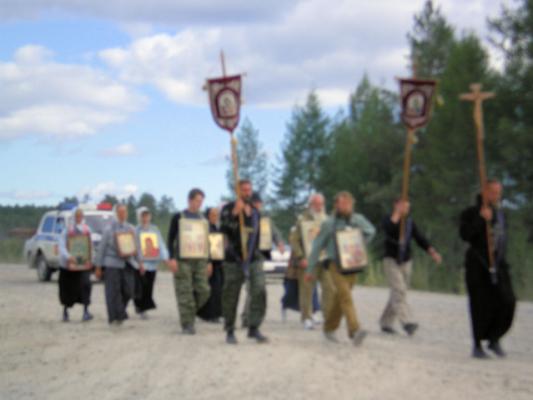 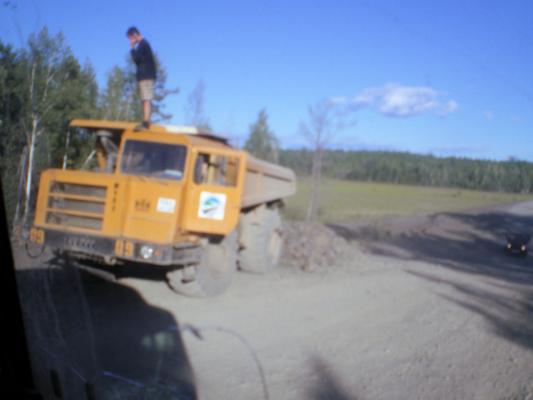