Roads today were a marked improvement, particularly in the morning. The terrain was also flatter, so made for an easier day. I had my photo taken four or five times today by people driving the imported Japanese cars. This tells me we still have a ways to go with people surprised to find bicycles “all the way out here”.

We left a little later today after sorting everything out with the bikes. Hitchhiking yesterday had left a fine layer of dust everywhere including the drive chain. The gravel road started much improved; fewer large rocky boulders, less hardpack and gentler grades. We even had a tailwind! This was a taiga forest with white birch/larch and some evergreens. We made it to Талдан for an early lunch at 30km.

From here we continued on the new gravel road. The quality of the road gradually worsened, with a lot of hardpack in particular. My bike was rattling a lot. There wasn’t a lot to see, though we did go over a few hills. It became warm and we slowed. At 80km, we reached Гонжа. We cycled into town to find a store, water and cafe before camping 2km out of town. Those last 2km were on pavement, and we’ll have a short amount here tomorrow as well. 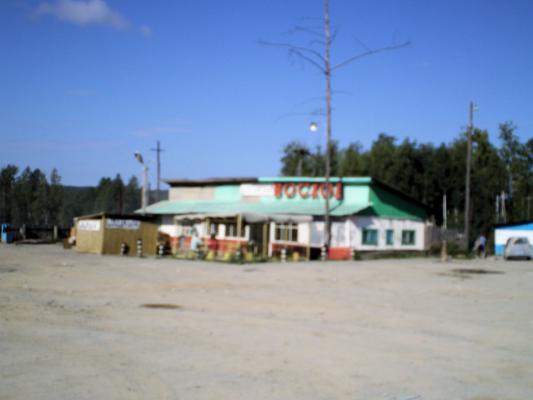 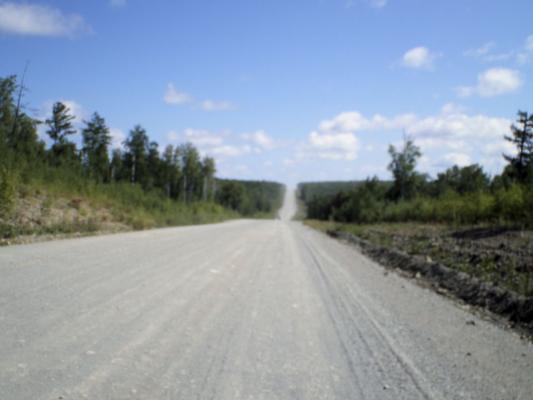