Another long ride today. We awoke today to find the wind had shifted and was coming from the south and blowing across the meadow. There were very occasional trees. At 29km was a turnoff to Екатеринославка. No cafe on the corner so we ate some food in a bus shelter out of the wind. Six kilometers later was a turnoff to Романовка where we decided to ride through town to find a store. We ate a little more here. As we returned to the main highway, there was a cafe at 39km at the corner. Not the best spacing, but we had three meals within 10km today.

From here more cycling into the wind on reasonable asphalt. Occasional trees and slight turns in the road helped with the wind. At 67km the road split with a turnoff to Завитинскn straight ahead. We turned left and found a cafe at 69km. We expect the road to return to gravel sometime after that and at 71km we were back on soft gravel. My front rack broke again. It was a slow slog and we walked some as well.

Our plan was to stop at Родионовка at 94km. Mickey was ahead and cycled right past the village (on autopilot, just cycling ahead). So, I followed. When I caught up, I stopped to fix my rack and we had to now figure out where to find water. We decided to keep going until next town (15km?) though it would be close to dark.

Fortunately, just ahead was a road crew paving a side road that went to an electric generating station. They yelled at us, so we went over to investigate. As we helped satisfy their curiosity, they were kind enough to fill our water bottles so we could camp not far away. We set up tents not long before sunset. 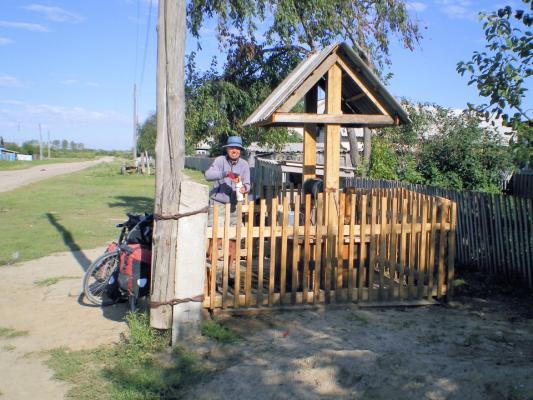 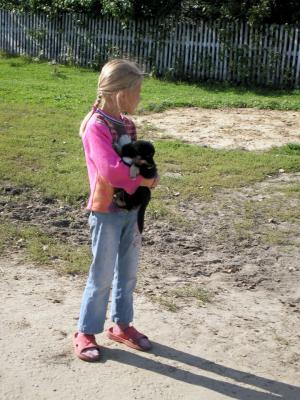 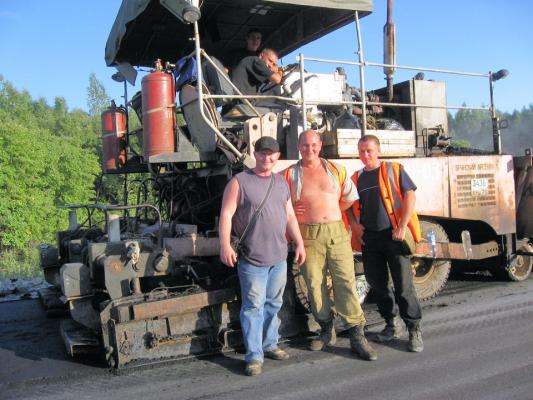