Morning rain showers meant we were late leaving. Once on the road, it was gravel for the first 18km. The wet gravel allowed cars to ride and mash the worst gravel into flat tracks. Only once or twice, did we have cars come and splash on the puddles. My map didn’t quite agree with the terrain, and by 22km we were already at Новобуреиский and a cafe. We went into town to buy groceries as well.

From here we found ourselves on the “demonstration road”. On February 26th, 2004, Vladimir Putin had officially opened the road. As best I can tell, this section of road and nearby bridge with street lights were the backdrop for the announcement. (My guess is he came by helicopter instead of overland and certainly not by bicycle). The next 20km were a nice smooth and well done road. However, at 42km, we reached edge of the asphalt.

We had a choice here to take the old road or the new gravel road. We chose the new road and this was a good choice. The road continued to have mostly smooth parts. We stopped every 10km or so, including once to fix a flat in Mickey’s front tire.

At 75km was a turnoff for Архара and pavement again. Another cafe stop here. News was to expect another 50km of asphalt so we set out to camp not far from here. At 78km was a bridge over a large river. There was a guard station at each end where we stopped.. The guards were friendly and offered us some water. The guard dogs were not friendly. One bit Mickey. We treated the wound with iodine. It was a little worrisome, so we climbed a hill somewhat and found a place to camp. 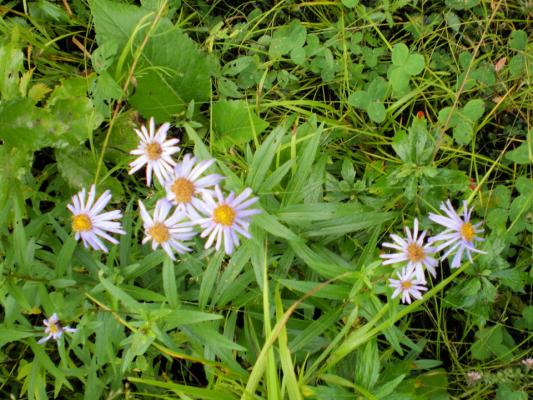 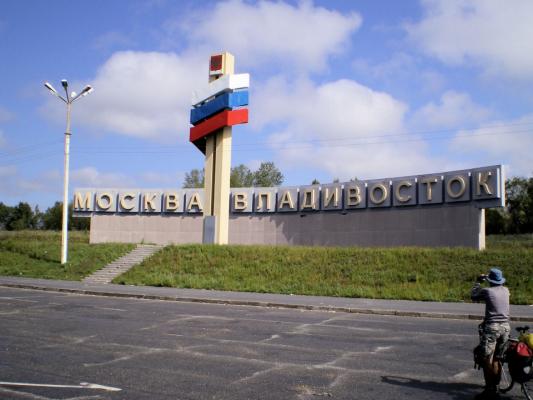 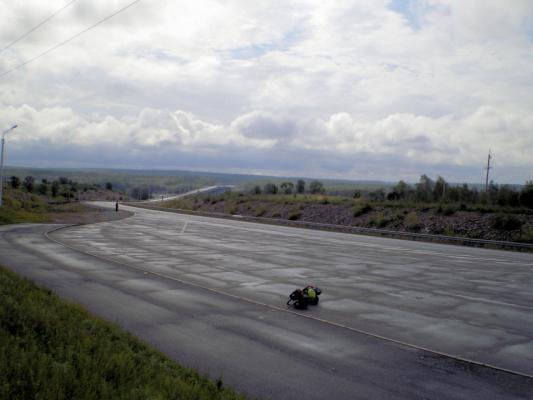 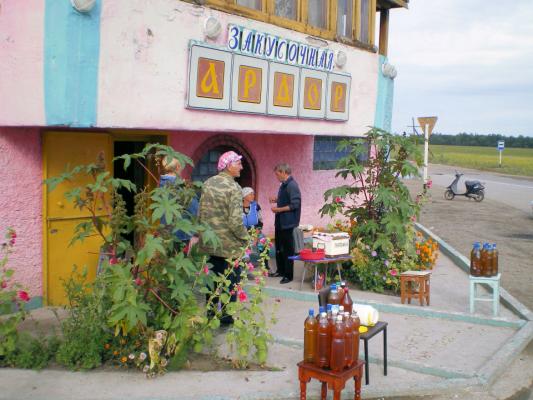