Rain on the rooftop, but dry in the tent. We had fog and mist most of the morning. Today was a hilly ride, but we still made some good distance. We left the hotel early and cycled back up the hill and out of town. At 9km, we stopped again at the cafe on the main road and ate blinis. From here a few kilometers further to the bridge with the infamous dog. The guards had changed, the dog was the same but was now tied up. From here a slow steady climb up and past our campsite.

Riding through the mist was a bit like riding in your own bubble. I could tell by my gears whether I was climbing or dropping but otherwise had no clues of what was coming next. We went across several ranges of hills in the bubble. The mist finally cleared around 56km and the sun came out. At 62km, I caught up with Mickey and we had lunch. From 64km to 72km the asphalt disappeared. Each time I thought asphalt was gone for good, a new section would appear. We crossed two more sets of low hills before reaching the new oblast boundary. This next oblast was set up as a settlement area for Jewish homeland, though few Jewish people remain.

It was flat from here and at 92km, the asphalt returned. At 103km was a turnoff to Облучье. We expected a cafe or store here, but there was nothing. Hence, we rode a little further to find water and then to top of a hill to camp. Not long after that the rain started. 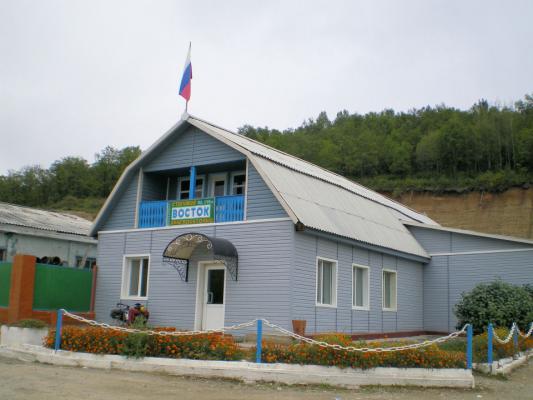 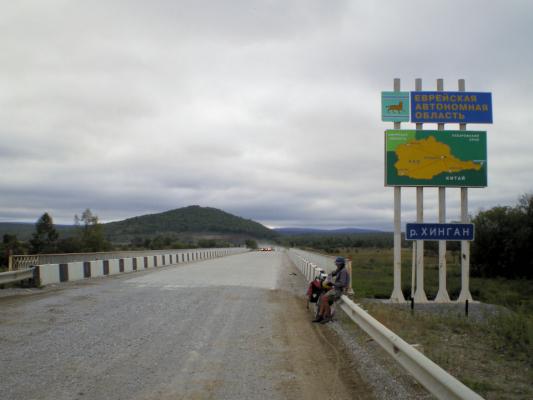