It is harvest time and there are many stands along the way with produce: tomatoes, peppers, corn and watermelons. Today we especially saw and tasted fresh watermelon.

It was nice to see the sunrise after several overcast mornings. The wind was also less today. I pumped up my rear tire and cycled past a mixture of woods and open fields. At 13km was Глазовка where some dogs decided to give chase for a few kilometers as I climbed the hill. I hope they made it home. At 22km we crossed the wide Уссури river and the village of Горные Ключи. There were several cafes in the next area and we found a nice one at 29km for a second breakfast.

At little further at 38km we came to the small town of Кировский. It was a nice walk to the center of town to find a store. Along the way, we passed a park with obligatory Lenin statue. Students were busy cleaning the park including the memorial of a tank. People looked at us as strangers, and a few were bold enough to ask the “where are you from” questions. This was a fun little town, which I would recommend a visit.

After Кировский the road passed through countryside without villages other than Руновка at 56km. There were people here and elsewhere with produce for sale along the road. We stopped for a brief lunch along the road. At 85km we climbed a hill for turnoff to Свиягино where there were many stands. A few kilometers further Mickey had found a good stand and had gotten some watermelon from two friendly young women. They told us of bad roads ahead. We cycled another 13km of which 5km was gravel, but then were able to take a side road that passed through Буссевка and camped just past the village. 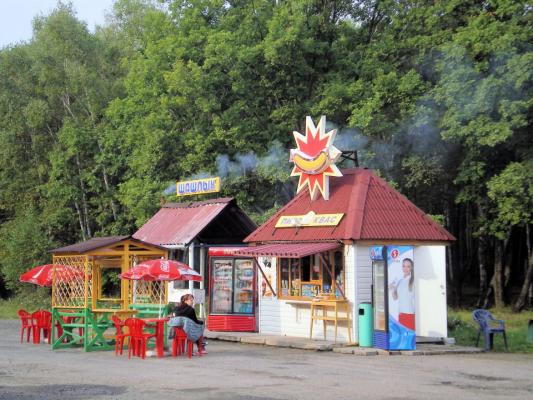 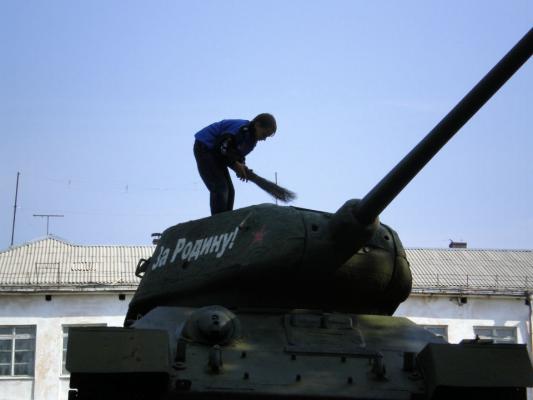 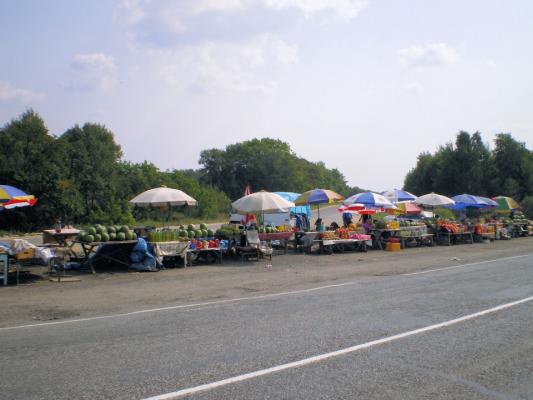 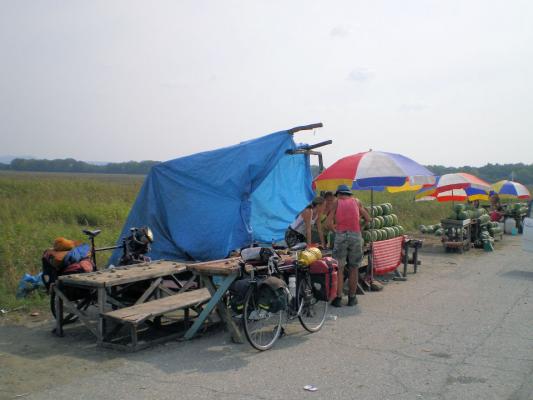