We had a fun and easy first half ride today. The second half was one of the toughest rides we’ve had on asphalt. My back was sore this morning, which didn’t help. Perhaps pumping up the tire harder caused more jolts to the back. Overcast but dry as I left our secluded campsite. I came to a junction in 1km and then back to the main road at 6km. From here the road was both wider and busier as it skirted Спасск-Далний. This is a city of 50,000 but we bypassed most of it. It was otherwise peaceful riding to the first cafe at Малые Ключи at 31km.

After breakfast we saw more vendors out with fruits and vegetables. We particularly saw onions woven into long chains. We stopped in Дмитриевка at 40km to buy and eat apples. At least they no longer think of Владивосток as far. We stopped again at Чернигорка at 49km at a store

After this, the day became more difficult. The wind picked up. It started to sprinkle and then rain. Even the gentle hills became tougher. I could feel my knee and my back hurt more. The road also became much busier. There were lines of cars coming the other way, and sometimes they were not patient enough to wait (except close to where the police were watching). It was a slog to reach Сибирцево at 69km. Here was another drunk (pictured below) who had bothered Mickey for a bit before trying to ride away on his bicycle. He made it perhaps 100 meters before passing out beside the road.

We made a cafe stop at 72km on a hill before cycling to Ляличи at 86km. Here we decided to continue for a bit. We had a brief period of road construction for 2km before finally finding a gas station a little further to get water. Fortunately, we were able to camp in a muddy field not much further. The road continues to be busy with stream of cars driving past our field. 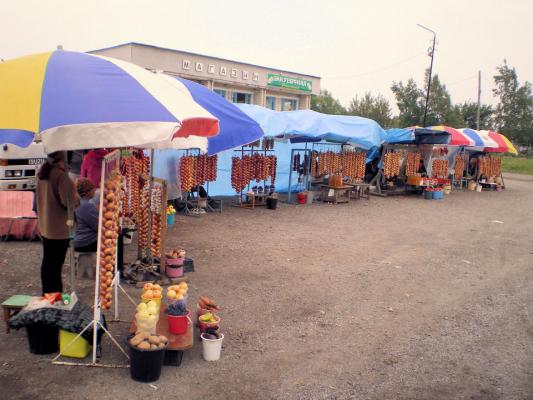 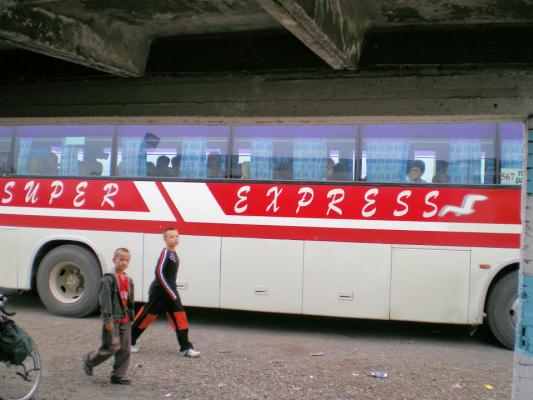 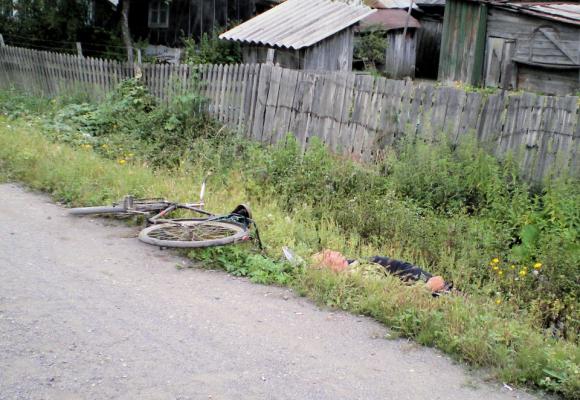